What's Up in Lexington/Rockbridge, plus Davis Moot Court Report

3L Hannah Shtein reports on the Davis competition and provides a rundown of upcoming events in the area.

On Tuesday, October 21, students and faculty gathered in the Moot Court Room to watch W&L Law students Aaron Siegrist (’16L), Hernandez Stroud (’15L), Loren Peck (’16L), and Paul Wiley (’15L) compete in the final round of the John W. Davis Moot Court Competition, an appellate advocacy competition which consists of the preparation of an appellate brief and a presentation of oral arguments. Brief winners had already been selected, so this round included only oral arguments, with each finalist playing either a petitioner or respondent role and arguing against another of his peers—Aaron Siegrist argued against Loren Peck, and Hernandez Stroud faced off against Paul Wiley.

Although the Davis competition happens every year, this year’s iteration was an especially momentous (and nerve-racking!) occasion, as Supreme Court Justice Samuel Alito was the Chief Justice on the panel of judges evaluating the Davis finalists. The panel also included the Honorable Albert Diaz, of the United States Court of Appeals for the Fourth Circuit, and the Honorable Diarmuid O’Scannlain, of the United States Court of Appeals for the Ninth Circuit. Despite the intense pressure of presenting in front of such a reputable panel of judges (and a room full of students and faculty—although that’s less scary), all four participants maintained their presence and delivered powerful, well-researched arguments.

After listening to all four participants, the panel awarded the Best Oralist award to Aaron Siegrist, with Paul Wiley coming in as runner-up. Congrats, y’all!

VA Representative Bob Goodlatte at Rockbridge Area Republican Party Headquarters on Main Street (directly across from the Bistro) at 3:00pm! There will be time for questions. Hosted by W&L College Republicans.

Lecture by noted hip hop scholar James Peterson, 4:30 pm in the Hillel Multipurpose Room. Professor James Peterson, the noted hip-hop scholar, journalist, and African-American Studies expert will deliver a public lecture titled “A Cover, a Photo and a Playlist: Seeing the Invisible Underground of Hip Hop Culture.” Prof. Peterson is one of the country’s leading experts in hip-hop culture, and will be teaching a course at W&L this coming spring term titled “Concepts of the Underground in Black Literature and Culture.” Any questions can be directed to Marc Conner at connerm@wlu.edu.

Lecture: “Russian-Ukrainian War,” Northen Auditorium, 7pm. Andrei Illarionov, former economic adviser to Vladimir Putin and Senior Fellow at the Center for Global Liberty and the Prosperity at the Cato Institute, will speak on the ongoing conflict between Russia and Ukraine. Mr. Illarionov was appointed economic and policy adviser to Russian President Vladimir Putin in 2000 and resigned his position in 2005, after conflicting with President Putin over the economic direction of the country.

W&L Law Alumni Happy Hour in DC, 6pm at the University Club of Washington. Come mingle with W&L Law alumni in DC! This is a great time to make connections with other Law School Generals, and learn about their lives and career paths. Register here.

Shannon-Clark Lecture, “Punctuation”. 7pm – 8:30pm. Northen Auditorium, Leyburn Library, Washington and Lee University. FREE! 540-458-8345. Wayne Kastenbaum, distinguished professor of English at CUNY’s Graduate Center, will deliver this year’s Shannon-Clark lecture on the topic of punctuation. Hopefully a debate on the merits and defects of the oxford comma will follow.

Hocus Pocus showing on the Canaan Green at 8pm. A Halloween (and anytime) classic. 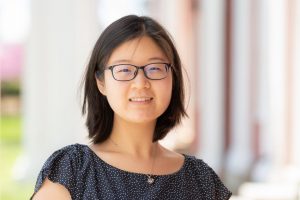