What's Up in Lexington/Rockbridge, plus Pumpkin Carving

Plenty of things to choose from in our weekly roundup of events in the area (and elsewhere), plus some photos from a recent pumpkin carving event held by Law Families, a law school organization that sponsors activities for students with significant others and children. Thanks to 2L Loren Peck for the photos.

Speaker: Paul Maslansky (W&L undergrad class of ’54) will speak to students about his film industry experiences. 3:30pm in the Johnson Theatre. Maslansky is a noted producer and writer known for “Police Academy: The Series” (1997), “Police Academy” (1984) and “Police Academy 2: Their First Assignment” (1985). Prep for that post-law-school 15 minutes of fame!

Bluegrass Halloween Bash and Live Music at Sweet Treats with The Ruckus, 8-10pm. Don’t stop the music! Or the costumes.

HALLOWEEN PARTY! All caps necessary. At the Ruins, 8-11:30pm. Don’t let the MPRE get you down. When darkness falls over the Liberty Hall Ruins, things are going to get weird. DJ Legion of Groove on the ones and twos rocking the tent all night long. Kegs of beer and cider, champagne (for costume contest winners), and Papa John’s pizza will be served. Also, bring a pre-carved pumpkin to the party.

Movie Night: Gideon’s Army at Stackhouse Theater, 5:30-8:30pm. “Gideon’s Army” is a look at the US criminal justice system from the perspective of the accused. The screening will be followed by a panel of speakers representing defense and prosecutorial perspectives. Directed by attorney Dawn Porter and Sundance awardwinner, the movie follows a group of idealistic young public defenders in the deep south, where lawyers face particularly challenging circumstances due to high bonds, minimum mandatory sentencing, and a culture that is generally “tough on crime.”

Schoolwide Dinner! 6:30-8:30pm. Come enjoy an evening of Indian cuisine and good company in Evans Hall. This will be a great chance to enjoy a meal and hang out together before exam season starts. Dinner is $5 and you can pay with your card swipe #basicallyfree #loanrich Hashtag cred Ryan Redd, SBA President and social media extraordinaire.

Free Cooking Class with Executive Chef Donal Bowman: How to Cook Like an Executive Chef. 3:30-4:30pm in The Marketplace, Elrod Commons. These will continue every Thursday starting November 6, and will feature 45 minutes of hands-on teaching and 15 minutes of conversation. Then you can take a picture of your fancy food and post it online. #eatingfortheinsta #bonappetit

Lecture: Philip Atiba Goff, “Preventing the Next Ferguson: The Science of Bias in Policing,” 4:30pm, Stackhouse Theater, Elrod Commons. Part of the Race and Justice in America Lecture series. Dr. Goff is an Associate Professor of Social Psychology at the University of California, Los Angeles. He is an expert in contemporary forms of racial bias and discrimination as well as the intersections of race and gender. He has conducted groundbreaking work exploring the ways in which racial prejudice is not a necessary precondition for racial discrimination.

Challah Baking Workshop, Hillel Community Kitchen, 4:30-7:30pm. Do you like challah? That’s a dumb question. Everyone likes challah (and challah French toast!!). Now you can learn to make one, and then eat it. Dinner will be provided to all participants! Questions? hillel@wlu.edu or x8443

Around Lex/Tickets to fun things

The Office of Student Affairs is offering discounted tickets to a number of shows this fall. Tickets will be sold on a first-come, first-serve basis. (Limit two tickets per student.) Interested students should contact Lora Richardson- richardsonl@wlu.edu, office number 421.

Monticello House Tours Passes – Four passes are available for use on ANY date between now and12/31/14. Purchasing students should indicate the date on which they wish to use the pass(es). Interested students should contact Lora Richardson- richardsonl@wlu.edu 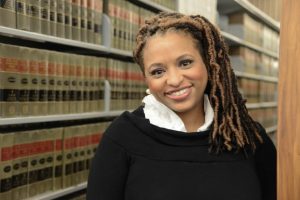