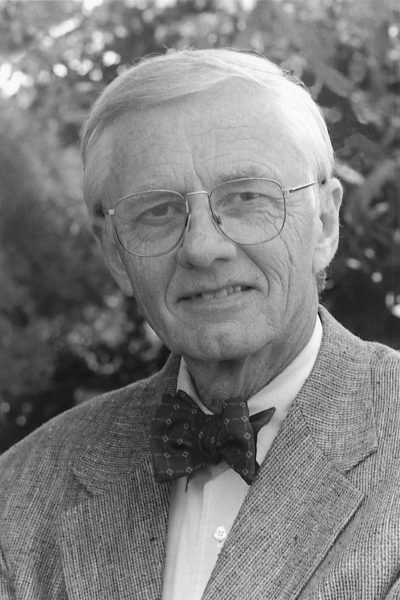 William H. Fishback Jr., a member of the Washington and Lee University Board of Trustees from 2000 to 2010, died on Friday, Dec. 15, 2017, in Charlottesville, Virginia. He was 83. He graduated from Washington and Lee in 1956 with a degree in journalism.

A native of Lexington, Kentucky, Fishback grew up in Savannah, Georgia. He was a reporter and editor with the Richmond (Virginia) Times-Dispatch from 1956 to 1966, when he joined the administration of President Edgar F. Shannon Jr. (W&L Class of 1939) at the University of Virginia and embarked upon a distinguished career there. He served as UVA’s chief public relations officer for 25 years, becoming associate vice president of University Relations; a special adviser to President John T. Casteen III; and a special consultant to the university’s first billion-dollar campaign. He retired from the administration in 1995 but continued at UVA as a senior lecturer, conducting courses in newswriting and advising the staffs of the student publications. He retired from the UVA faculty in 2008.

Also at UVA, Fishback served on the founding boards of the Center for Politics and the Sorensen Institute for Political Leadership. He belonged to the Raven Society, the oldest and most prestigious honorary society at UVA, and received its Raven Award in 2004 for his scholarly pursuits and his dedication to the ideals of UVA.

While a student at W&L, Fishback was a dormitory counselor, the president of Pi Kappa Phi social fraternity, a member of Sigma Delta Chi (Society of Professional Journalists), a member of the Ring-tum Phi staff, and senior class secretary.

Fishback served Washington and Lee as a trustee, as a class agent, as chairman of the Communications Advisory Board, and as a member of the 250th Anniversary Commission. In 1993, along with his wife, Sara, he established the Fishback Program for Visiting Writers in memory of his parents, Margaret Haggin Haupt Fishback and William Hunter Fishback. The program brings outstanding writers to W&L to meet with students and give public lectures.

Fishback also was a former member of the board of trustees of the Protestant Episcopal Cathedral Foundation, the oversight board for the Washington National Cathedral and its schools. He had been a senior warden and member of the vestry of St. Paul’s Memorial Church, Charlottesville, and served on various committees of the Episcopal Diocese of Virginia. His other board service included the Charlottesville-Albemarle Chamber of Commerce, the Charlottesville/University Symphony, the Tuesday Evening Concert Series and Madison House. He also belonged to Omicron Delta Kappa, the national leadership honor society founded at W&L.

A private service will be held at the University of Virginia columbarium. A memorial service will take place on Friday, Jan. 5, 2018, at 11:00 a.m., at St. Paul’s Memorial Church, 1700 University Ave., Charlottesville.