Two members of Washington and Lee University’s 2012 graduating class, Tyler Grant of Suwanee, Ga., and Ryan Hartman of Yorktown, Va., have received grants for postgraduate study from the prestigious Fulbright Program. Grant received an English teaching assistantship in Taiwan, a province of China (hereinafter referred to as “Taiwan”), and Hartman received a research grant in Kazakhstan.

Grant said he chose Taiwan to further his studies of East Asian language and literature, specifically Chinese. He went on to say that after traveling to China last summer, “I wanted to gain a broader perspective of regional issues, a large part of which deals with Taiwan. Choosing Taiwan also allows me to continue my study of Chinese as well as work with young people at local schools. I also hope to continue my politics studies through research.”

“I am delighted that Tyler has been awarded a Fulbright English Teaching Assistantship to Taiwan,” said Janet Ikeda, associate professor of Japanese and Fulbright Program advisor. “The competition for fellowships has grown fierce, with close to 10,000 applicants vying for 1,700 Fulbright grants this past year. He actually began preparing for his application more than a year in advance.  He was awarded a Johnson Opportunity grant, which allowed him to teach in China the summer before his senior year on the Harvard World Teach program.

“Tyler’s approach to the fellowship process was systematic, strategic and focused. His well-crafted essays demonstrated knowledge of the language and culture, a love of teaching and a desire to learn even more.”

While at W&L, Grant was a resident adviser, a senior justice on the Student Judicial Council and captain of the varsity track and field team. He was also a member of the College Republicans and wrote for the Political Review. After teaching in Taiwan Grant hopes to attend law school.

“I’m also very thankful to Prof. Ikeda for her kindness, continued support and tremendous optimism throughout this process. She has been one of my favorite professors at W&L-certainly someone I admire,” said Grant.

Hartman said, “It is a tremendous honor for me to be an ambassador of the United States and of W&L in a country that many people know nothing about. I will be researching natural resource development since the collapse of the Soviet Union. I will be based in Almaty, but hope to travel throughout the country.”

Hartman continued, “I chose to apply to Kazakhstan because it is place where I can combine my interests. It is a Russian-speaking country with a burgeoning economy that is fed primarily by natural resource development. I am excited by the idea that natural resources can be a mechanism for elevating a population into prosperity, and want to explore what Kazakhstan has done to make it successful so far. I think of much of central Asia, including Kazakhstan, as a bit of a last frontier. I can’t wait to explore and learn about this place and its people–I think it will continue to become more and more important on the global stage.”

Hartman double majored in Russian area studies and geology. He was the head resident assistant for first-year students, was captain of the men’s varsity swimming and diving team, a member of the University Chamber Singers, a member of the Student Affairs Committee, a member of Phi Gamma Delta fraternity and a member of the Kompost Krew. He is applying to Navy Officer Candidate School, which he hopes to attend after returning to the U.S.

“On a Fulbright grant, Ryan will be taking his research topic across the globe,” said Ikeda.  “Ryan wrote in his essay that he chose Kazakhstan because he could draw parallels between America’s western expansion and the mining operations in that country. It is also a place where he can combine his two academic passions of Russian and geology. His W&L experiences in Argentina and the Appalachian Mountains have helped prepare him for field work in Kazakhstan.”

Yadlin said of her award, “I’m thrilled to have the chance to go to Austria next year. I was able to develop really strong relationships with the teaching assistants who came to W&L to work in the German Department, and I love the idea of having that same kind of impact on Austrian secondary school students.

“I chose to apply for the program in Austria because I wanted the chance to experience a different part of the German-speaking world after my spring term in Bonn in 2010,” Yadlin continued. “Because of the W&L German curriculum, I feel like I have a relatively good grasp of German culture, but I cannot say the same for Austrian culture. I have heard and read wonderful things about the country and its people, so I am really excited to see and experience it all for myself.”

At W&L, Yadlin was a Bonner Leader and worked with W&L Campus Kitchens (CKWL) and Volunteer Venture. She also sang in General Admission, served as a leader in Generals Christian Fellowship, gave campus tours and was a member of Pi Beta Phi sorority. Her long-term interests include social work with the homeless or public policy.

“I am very proud to have three students from this year’s graduating class winning awards that will take them abroad to represent Washington and Lee University and the U.S.,” said President Ken Ruscio. “W&L students are blazing paths to unique areas of the world.  Ever mindful of our mission statement, we will continue to prepare students for ‘engaged citizenship in a global and diverse society.’”

Sponsored by the U.S. State Department’s Bureau of Educational and Cultural Affairs, the Fulbright Program is the U.S. government’s flagship international exchange program. 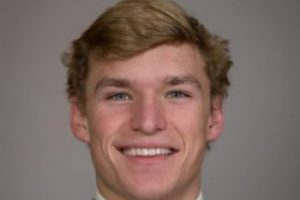 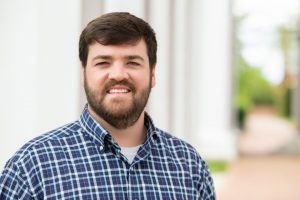 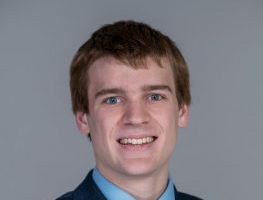