Washington and Lee has enjoyed a tremendous fall athletics season that will culminate with six programs competing in NCAA Championship events. For a complete look at any particular sport, please visit www.generalssports.com.

The men’s cross country team finished second at the Old Dominion Athletic Conference Championship meet led by Josh Fingerhut ’24, who placed third overall out of 90 runners. The Generals finished fifth in the NCAA South Regional on Nov. 13 in Spartanburg, S.C.

The women’s cross country team also placed second in the conference championship meet and the Generals were paced by Avery Schiffman ’22, who finished second overall out of 91 runners. The women finished third at the NCAA South Regional on Nov. 13 in Spartanburg, S.C.  Junior Carolyn Todd qualified for the NCAA Division III Championship and will run in the race on Nov. 20 in Louisville, Ky.

The field hockey team has had a record-breaking season, as evidenced by compiling an 18-1 record. The Generals finished the conference slate with an 8-0 mark, earning the No. 1 seed for the ODAC Tournament and claiming the third conference title in program history. The Blue & White entered the NCAA Tournament ranked ninth nationally. They received a first-round bye and advanced to the quarterfinals, falling to No. 4 seed Rowan in Glassboro, NJ. Midfielder Tess Muneses ’23 led the team in scoring with 37 points on 14 goals and nine assists.

The football team is 8-2 overall and 5-1 in the conference, clinching the league crown with a home victory over Ferrum. The Generals have won four games by a single score, reeling off eight straight wins before a regular season-ending loss to Shenandoah on Nov. 13. Running back Josh Breece ’21 leads the way with 11 touchdowns, and he already holds the program record for career rushing yards. W&L will play at fourth-ranked Mount Union in the opening round of the NCAA Division III football playoffs on Nov. 20.

Women’s golf also holds a No. 10 ranking in the Division III Coaches Poll after a fall season where it logged top 5 finishes in all three events in which they competed. The Generals set a new program scoring record three times this fall led by Laetitia Roegner ’25 and her team-best 75.2 scoring average.

The riding program has also enjoyed plenty of success, having won two of its first four shows this year. The Generals are the top-ranked team in the region led by Sam Johnson ’22, who is in the lead for the Cacchione Cup, which is presented to the top rider in the region. The riding team closed the fall season by taking second out of nine teams at the Virginia Tech Invitational on Nov. 14.

Men’s soccer produced an undefeated regular season and achieved the program’s first-ever No. 1 national ranking. The Generals fell in the semifinals of the ODAC Tournament, but received an at-large bid to the NCAA Tournament with a 14-1-2 overall record (8-0-1 ODAC). W&L opened play in the NCAA Tournament at home by defeating Baruch 6-1 on Nov. 12 and then Covenant 2-1 on Nov. 13. W&L will host Christopher Newport in its round of 16 match on Nov. 20. Midfielder Samuel Bass ’23 is the team’s top scorer with 31 points on 12 goals and seven assists.

Women’s soccer earned the No. 4 seed for the ODAC Tournament and advanced to the semifinals before bowing out to top-seeded Virginia Wesleyan on the road. The Generals finished their season with a 13-3-2 overall record, including a 7-1-2 ODAC mark. Midfielder Grace Wielechowski ’23 led the team in scoring with 23 points on 11 goals and one assist.

Men’s tennis competed in the ITA Southeast Regional on Oct. 1-2 in Fredericksburg, VA. The Generals advanced Evan Brady ’23 and Eli Hirshberg ’25 to the singles round of 16 at the championship.

The women’s tennis team also competed in the ITA Southeast Regional in Fredericksburg, VA, on Sept. 25-27. Gabi Moss ’24 advanced to the singles championship match and went on to compete at the ITA Cup in Rome, GA, on Oct. 14-15. She won her opening match and was defeated on day two. Moss earned All-America honors based on her finish at the event.

The volleyball team claimed its second consecutive ODAC title, finishing the ODAC slate with an 11-0 record. The Generals swept all three opponents in the ODAC Tournament by 3-0 scores and they finished with a 26-8 record. The Blue & White was defeated by Southwestern (Texas) in the opening round of the NCAA Tournament on Nov. 11 at Emory University in Atlanta. Outside hitter Sydney Heifner ’24 led the team with 433 kills and 327 digs. 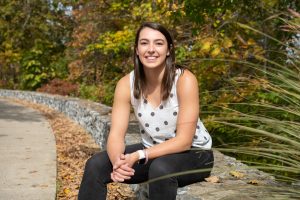 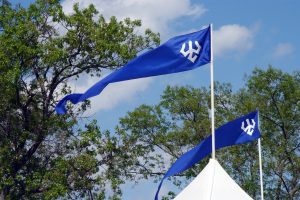 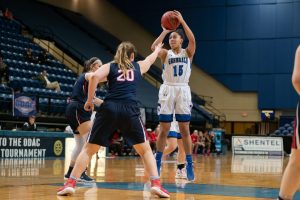