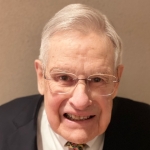 Early in his career, he worked in a medical mission hospital in Nigeria. He also served as a doctor on an Indian reservation and helped establish a surgery department for the Navajo Health Foundation. For decades, Dr. Manning was a highly sought-after surgeon in the Shenandoah Valley of Virginia.

He has lived for many years in Staunton, Virginia. He was an early and leading supporter of a mere dream in 1988 which has grown into a renowned Shakespeare theater. It includes the 2001 construction of the world’s only re-creation of Shakespeare’s original indoor playhouse. Known as the American Shakespeare Center, it has made Staunton a world Shakespeare destination, recognized by the Commonwealth of Virginia with the Governor’s Arts Award. It has vibrant educational offerings and an international biennial conference for scholars. For his singular contributions to this cultural gem, Dr. Manning was the recipient of the Robin Goodfellow Award in 2007.

Dr. Manning has been an involved supporter of Washington and Lee. He has served on the board of the Friends of the Library. He was a class agent for six years and has been on several class reunion committees. He has supported generously both student scholarships and the Annual Fund. 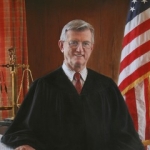 A science major, Henry was a member of Sigma Nu, Calyx, and the Commerce Fraternity. He was in ROTC and was commissioned as a Second Lieutenant. He obtained a Juris Doctor degree from the W&L School of Law.

Morgan was an Assistant City Attorney with the City of Norfolk, Virginia for three years before joining the Virginia Beach law firm of Pender and Coward in 1963. For three decades he was a respected civil litigator in state and federal courts, the firm’s managing partner, and a member of its executive committee. He also served in the U.S. Army Reserve, First Lieutenant, Adjutant General Corps (Honorable Discharge).

Recognized by his peers as a legal standout, Judge Morgan was appointed to the federal judiciary in 1992.  For the last 30 years, he has been a distinguished jurist in the United States District Court for the Eastern District of Virginia, Norfolk Division. He earned a Master of Laws in Judicial Process from the University of Virginia in 1998. 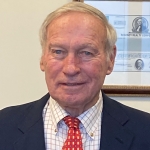 Charlie Commander was class president as a junior and senior. He was an honors graduate in Commerce, and a member of Phi Delta Theta, the men’s lacrosse team, the Sigma Society, the Dance Board, and Mongolian Minks. He received his law degree from the University of Florida, where he was Executive Editor of the Law Review.

He was a partner in the law firm of Mahoney, Hadlow, Chambers & Adams from 1966 -1991.  From 1991 until 2002, he was a partner at national law firm Foley and Lardner, serving on the firm’s management committee. Commander has been recognized for practice excellence in real estate law in The Best Lawyers in America® , in Chambers USA, America’s Leading Business Lawyers, and in Florida Super Lawyers® .

Mr. Commander has extensive experience representing and serving on boards, and as executive officer of Real Estate Investment Trusts, real estate development companies and financial institutions. He has advised and counseled corporate, financial and real estate clients in all aspects of their businesses.

Charlie made time to serve his alma mater on class reunion committees, on the board and as president of the Jacksonville Alumni Chapter, and as a Class Agent. He was on the Area Campaign Committees of two W&L Capital Campaigns and has supported the Annual Fund over many years. 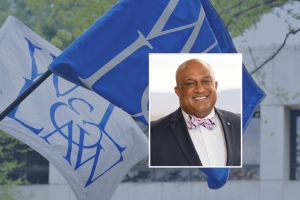