W&L Community Reacts to Invasion of Ukraine Members of the Washington and Lee University community are responding to last month’s incursion by offering educational opportunities and raising funds for relief efforts. 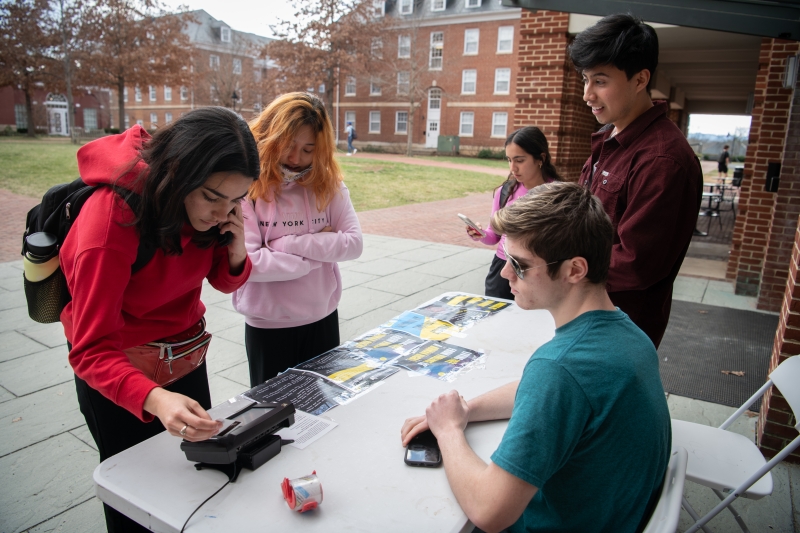 Russia’s full-scale invasion of Ukraine has prompted students, faculty and staff at Washington and Lee University to support the people of Ukraine and educate the university community about the conflict. Those efforts include fundraisers spearheaded by students and a webinar hosted by the Office of Lifelong Learning.

The webinar, which will take place Wednesday, March 9 at 7 p.m. via Zoom, is titled “Ukraine, Russia, EU, and Vladimir Putin.” It is open to the entire university community, but space is limited. To register, visit this link. The webinar will feature two distinguished W&L professors, Richard Bidlack and Krzysztof Jasiewicz. [Editor’s note: Click here to watch a recording of the webinar.]

Bidlack, the Martin and Brooke Stein Professor of History, will discuss Putin’s gnawing sense of insecurity dating to his youth and his time as a Lt. Colonel in the KGB. He also will articulate Putin’s notion that Ukraine does not exist, and that it is his destiny to “gather in the Russian lands.” Jasiewicz, the Ames Professor of Sociology and a native of Poland, will discuss Putin’s ideas and actions as alarming manifestations of an imperialistic state of mind. He will also examine Poland, the Baltics and Hungary and discuss how the EU and NATO have reacted to Russia’s invasion of Ukraine.

The day after the Lifelong Learning program, on Thursday, March 10, faculty members from W&L’s History Department who teach courses about Eastern Europe, Ukraine and Russia will lead an informal conversation about the war in Ukraine. The event, which will begin at 7:30 p.m. in Huntley 327, is open to faculty, staff and students.

Elsewhere on campus, W&L students have stepped up to support victims of the invasion. For three days last week, members of the school’s Amnesty International chapter tabled outside John W. Elrod Commons to raise money for relief efforts.

“Amnesty International is dedicated to raising awareness and providing aid to any people suffering from human rights violations,” said chapter president Kenza Amine Benabdallah. “Our group felt the need to take immediate action as the crisis in Ukraine has global impacts. We hope to send a message of hope and a call to action to the local community. Even if we are an ocean away from the crisis, we can always find a way find to support people in need.”

Amine Benabdallah added that the group hopes to support W&L international students who have family in the impacted region and are being affected by the conflict. W&L Student Affairs has also reached out to impacted students to offer resources.

“On the other hand, while we are incredibly grateful for the donations that we raised, Amnesty International is aware that many of these human rights violations are happening in other places – mainly in Africa and the Middle East – and are not getting enough attention by the media,” Amine Benabdallah said. “Consequently, we are organizing a refugee week by the end of March to bring public attention to issues of war and displacement in these regions.” 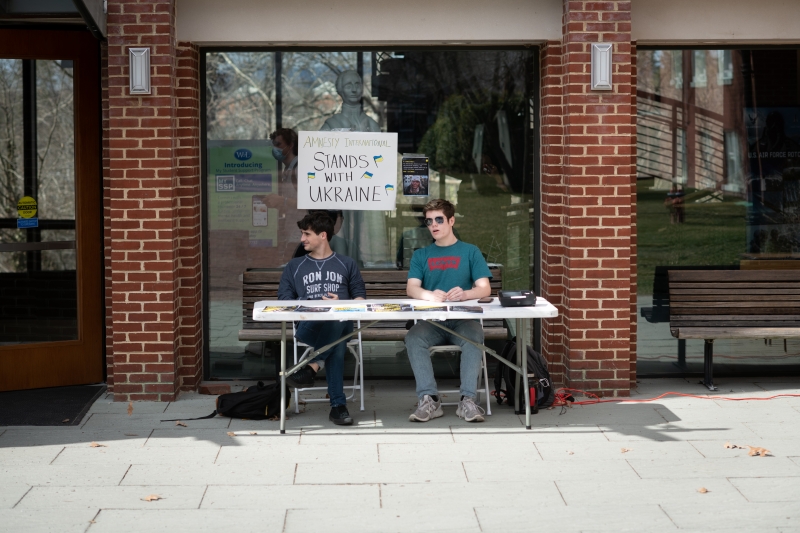 W&L Hillel will also raise money for Ukraine relief during an upcoming Purim fundraiser. Purim mishloach manot goodie bags will be sold for $5 each during the lunch hour in Commons on March 14-16, and all proceeds will go to Hillel International’s Ukraine Emergency Relief Fund.

Liberty Lexington, an online human rights newspaper founded and staffed by W&L students including Nick Mosher ’22 and Lane Johansen ’22, has both reported on the war in Ukraine and raised money for victims. Mosher, an international politics and Russian Area Studies major, founded the nonprofit newspaper in 2020 to report human rights abuses in Eurasia. He spent the past summer in Ukraine, where he worked at a summer camp in Kyiv and took Russian language classes as a recipient of a Critical Language Scholarship.

“A number of us at Liberty Lexington spent this past summer in Ukraine,” Mosher said, “and we are heartbroken to see what is happening and hear from our friends who are either fleeing the country or under siege in Kyiv. We are trying to do everything we can to help them while being a world away.”

Liberty Lexington staff have organized a fundraiser and raffle to raise money for relief efforts. That money will be split between UN Ukraine Relief Foundation, The Global Empowerment Mission, The International Rescue Committee and Razom. It is Liberty Lexington’s goal to raise $25,000 in the next three weeks, and they plan to send money immediately to their chosen organizations instead of waiting until the goal is met.

Tickets for the raffle cost 10 cents each and can be purchased online. The raffle prize is a MacBook Pro. One can also donate directly to the fundraiser at this link.

“The RAS major has brought this tragedy close to our hearts,” Mosher said. “We have spent our time here at W&L studying the culture, history and politics of the region, and the major led us to travel through the beautiful streets of Kyiv, that have now been destroyed, and meet amazingly kind Ukrainians who are now fighting for their lives and their country.”

Russian Area Studies Department Head and Professor Anna Brodsky has been incorporating lessons about the tensions in Ukraine into her classes for years. Now, she has unfortunate current events with which to open each class period this term. “I am very much involved with Ukraine on many levels,” Brodsky said. “That country is very important to me.”

This term, Brodsky is teaching 20th Century Russian Literature and another timely course, Russian Propaganda. In her spare time, she writes freelance articles for a Kyiv-based newspaper and comments on the political situation on national television broadcasts from the region.

“My goal is to counteract the Russian propaganda in a meaningful way,” she said.

Visiting Instructor of Russian Yulia Rubina said Russian language students will perform an anti-war play, “Welcome to Afghanistan,” on March 25 at 7 p.m. in Stackhouse Theater. Although the play has been in the works since before the invasion of Ukraine and it is about a Soviet war in Afghanistan, the director, Russian Teaching Assistant Dmitry Zhukovskiy, will connect the play to current events in Ukraine. The play will be open to the entire university community, and no tickets are required. 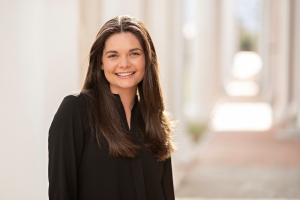