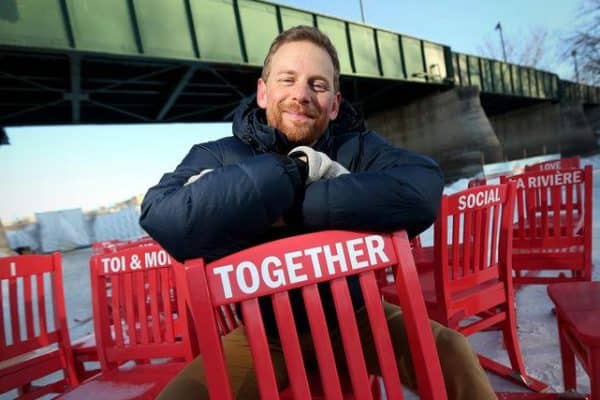 Charles Montgomery, urban design consultant, award-winning journalist and author of “Happy City” is the fourth speaker in Washington and Lee University’s yearlong Questioning Intimacy Series. His talk will be held on Jan. 11 at 4:30 p.m. in Stackhouse Theatre, Elrod Commons.

Montgomery’s talk, titled “Happy City: how to build cities of love in an era of mistrust,” is free and open to the public.

His first book, “The Last Heathen,” won the 2005 Charles Taylor Prize for Literary Nonfiction and vigorous praise from reviews in The New York Times and The Guardian.

Montgomery looks for answers at the intersection of urban design and the new science of happiness. In psychology, neuroscience and behavioral economics and in cityscapes from Disneyland to Dubai, he explores the link between the ways people design cities and the ways humans think, feel and act.

Montgomery’s writings on urban planning, psychology, culture and history have appeared in magazines and journals on three continents. Among his awards is a citation of merit from the Canadian Meteorological and Oceanographic Society for outstanding contribution towards public understanding of climate change science.