W&L Football Raises Funds for NAACP’s DeLaney Grant The team organized a 5K in response to racial injustice and to benefit an NAACP grant named for professor of history emeritus Ted DeLaney.

The fundraiser was organized by players and coaches following the deaths of George Floyd and other Black Americans during interactions with police. The team invited supporters to sign up, complete a 5K on their own over the course of a few weeks, then share a photo on social media of themselves participating. Runners and walkers were encouraged to stay safe and practice social distancing while completing the 5K.

“The virtual 5K for the Rockbridge County NAACP scholarship fund is a small first step for the W&L football team as it leads the way for committing action towards words. Our goal is to shatter the status quo of silence and neutrality and be on the right side of history,” said team captain Josh Breece ’21. “We will take every opportunity to publicly and explicitly denounce all forms of white supremacy, systemic racism and other forms of prejudice against underrepresented communities, and develop action items to discard all levels of racism and prejudices, including microaggressions and implicit bias. It is not enough to think critically about fatal issues, we must also take meaningful, transitional action.” 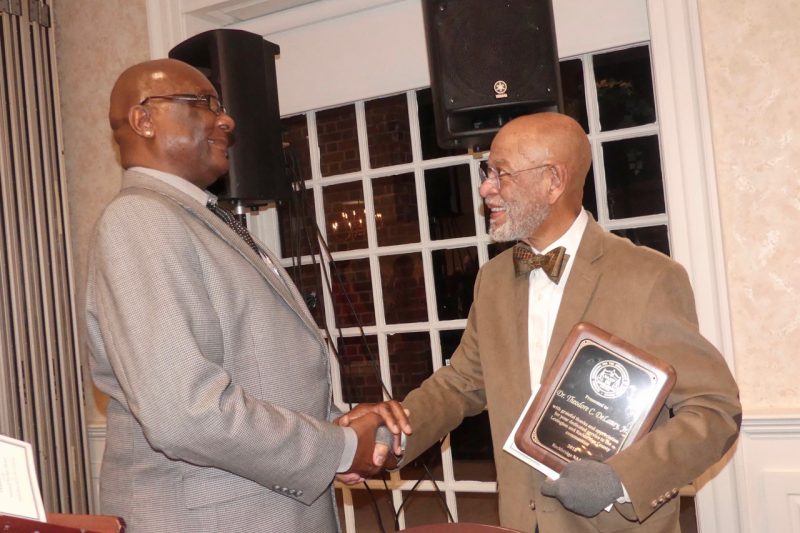 The NAACP’s Youth Opportunity Grant promotes racial equality and equal educational opportunities for students by awarding stipends of up to $500 to cover education-related expenses. The program was recently renamed in honor of Ted DeLaney, a Lexington native, 1985 graduate and professor emeritus of history at W&L. DeLaney was the honoree at the Rockbridge NAACP’s 2018 Freedom Fund Banquet.

“The fact the team chose to donate to our scholarship fund, the Ted DeLaney Youth Opportunity Grant, shows they share in our belief that education is a fundamental step in the struggle to eradicate racism and to create a just and egalitarian society for all,” said W&L Spanish Professor Cristina Pinto-Bailey, who is Rockbridge NAACP’s second vice-president and chair of its Education Committee.

Visit the Rockbridge NAACP website for more information about the grant program.