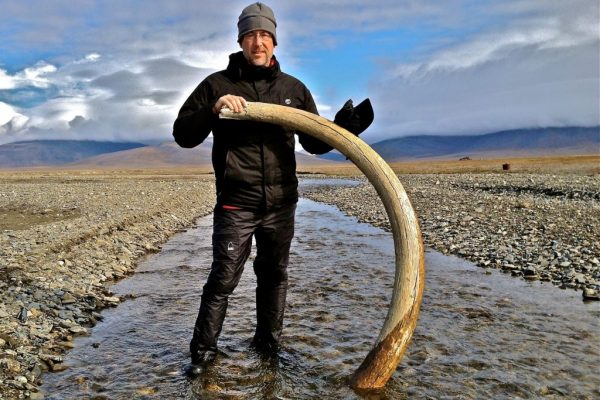 The weekend’s seminar will feature Hampton Sides, author of the best-selling, critically acclaimed “In the Kingdom of Ice: The Grand and Terrible Polar Voyage of the USS Jeannette.”

Sides will present the keynote address on April 20 at 4 p.m. in Lee Chapel. The talk is free and open to the public.

“In the Kingdom of Ice,” is a narrative history of the USS Jeannette’s ill-fated attempt to reach the North Pole.

“In the Kingdom of Ice” was selected as a Best Book of the Year (2014) by USA Today, Time, The Washington Post, The Miami Herald, The Christian Science Monitor and The Richmond Times Dispatch.

Other works by Sides include “Ghost Soldiers: The Epic Account of World War II’s Greatest Rescue Mission” (2001), “Americana: Dispatches from the New Frontier” (2004), “Blood and Thunder: The Epic Story of Kit Carson and the Conquest of the American West” (2006), and “Hellhound on His Trail: The Electrifying Account of the Largest Manhunt in American History” (2010).

Sides has appeared as a guest on multiple national broadcasts and has guest-lectured at the Columbia Journalism School, Yale, Stanford, SMU, Bowdoin College, the Google Campus, the Autry Museum of the American West and the National World War II Museum, among other institutions.

The keynote address will be streamed live online.

The weekend is sponsored by the W&L Class of 1951.