W&L Hosts Marty Baron, Editor of The Washington Post Baron became executive editor of the Post in 2013. There, he oversees print and digital news operations and a staff of more than 800 journalists. 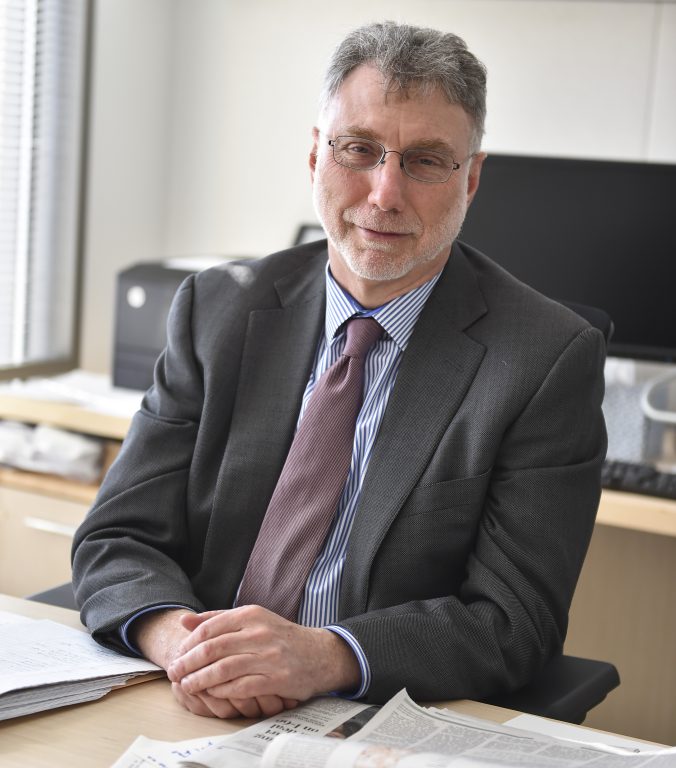 Washington and Lee University will host Martin “Marty” Baron, executive editor of The Washington Post, for a public Q&A on March 26 at 5 p.m. in Stackhouse Theater. Baron’s talk, which is free and open to the public, will be available to watch online here.

Baron became executive editor of the Post in 2013. There, he oversees print and digital news operations and a staff of more than 800 journalists.

Newsrooms under Baron’s leadership have won 14 Pulitzer Prizes. The Post, during his tenure, has won four times for national reporting, and once each for investigative reporting, explanatory reporting and public service, the latter in recognition of revelations of secret surveillance by the National Security Agency.

“Marty is the best editor on the planet,” said Alecia Swasy, Reynolds Professor of Business Journalism. “He is tireless in his pursuit of the truth about powerful people and institutions, whether it’s the Catholic Church or the White House.”

Previously, Baron had been editor of The Boston Globe. During his 11 1/2 years there, the Globe won six Pulitzer prizes—for public service, explanatory journalism, national reporting and criticism. The Pulitzer Prize for public service was awarded to the Globe in 2003 for its investigation into a pattern of concealing clergy sex abuse in the Catholic Church; coverage portrayed years later in the Academy Award-winning movie “Spotlight.”

Before the Globe, Baron held top editing positions at The New York Times, the Los Angeles Times and the Miami Herald. Under his leadership, the Miami Herald won the Pulitzer Prize for breaking news coverage in 2001.

His honors include Editor of the Year by the National Press Foundation (2004), the Al Neuharth Award for Excellence in the Media (2017), the Reporters Committee for Freedom of the Press Award (2017), and the Award for Public Leadership from the University of Pennsylvania’s Fels Institute of Government (2016). In 2012, he was inducted into the American Academy of Arts and Sciences. He is the recipient of honorary doctorates from George Washington University, George Mason University and his alma mater, Lehigh University.

Baron began his journalism career at the Miami Herald in 1976, serving as a state reporter and later as a business writer. In 1979, he moved to the Los Angeles Times, where he became business editor in 1983; assistant managing editor for page-one special reports, public opinion polling and special projects in 1991; and, in 1993, editor of the newspaper’s Orange County Edition, which then had about 165 staffers.

In 1996, Baron moved to The New York Times; he became associate managing editor responsible for the nighttime news operations of the newspaper in 1997. He was named executive editor at the Miami Herald at the start of 2000.

Baron’s talk is presented by the Donald W. Reynolds Foundation and the Department of Journalism and Mass Communications at W&L.