W&L Hosts Public Discussion with Reporter David Fahrenthold The Feb. 24 talk, which is free and open to the public to view online, is titled “A Conversation with David Fahrenthold of the Washington Post: Unraveling the Troubled, Secretive Trump Empire.” 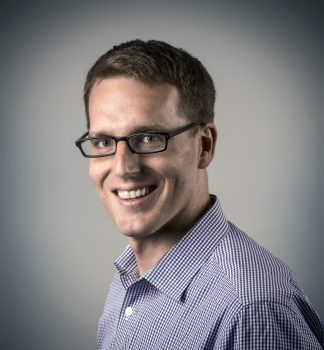 Washington and Lee University will host a public talk with David Fahrenthold, a political reporter for The Washington Post, on Feb. 24 at 5:30 p.m.

The talk, which is free and open to the public to view online, is titled “A Conversation with David Fahrenthold: Unraveling the Troubled, Secretive Trump Empire.” Registration prior to the discussion is required and can be accessed here.

Fahrenthold is a Pulitzer Prize-winning reporter who covered the Trump family and their business interests. He has received acclaim for his coverage of the 2016 United States presidential election, particularly his investigations of Trump’s charitable foundation and philanthropic giving. Fahrenthold also broke news of the 2005 infamous “Access Hollywood” video recording of then-candidate Trump. Fahrenthold published the tape and reported a story on its contents. The Washington Post subsequently said it became “the most concurrently viewed article in the history of The Post’s website.”

Fahrenthold has been at The Washington Post since 2000, and previously covered Congress, the federal bureaucracy, the environment and the D.C. police. Fahrenthold is also an on-air contributor to NBC News and MSNBC.