W&L Hosts Public Lecture on Ireland and ‘Brexit’ by Timothy McMahon The title of McMahon’s talk, which is free and open to the public, is “Brexit on the Border: What We Know and Don’t Know about Irish/UK Relations.” 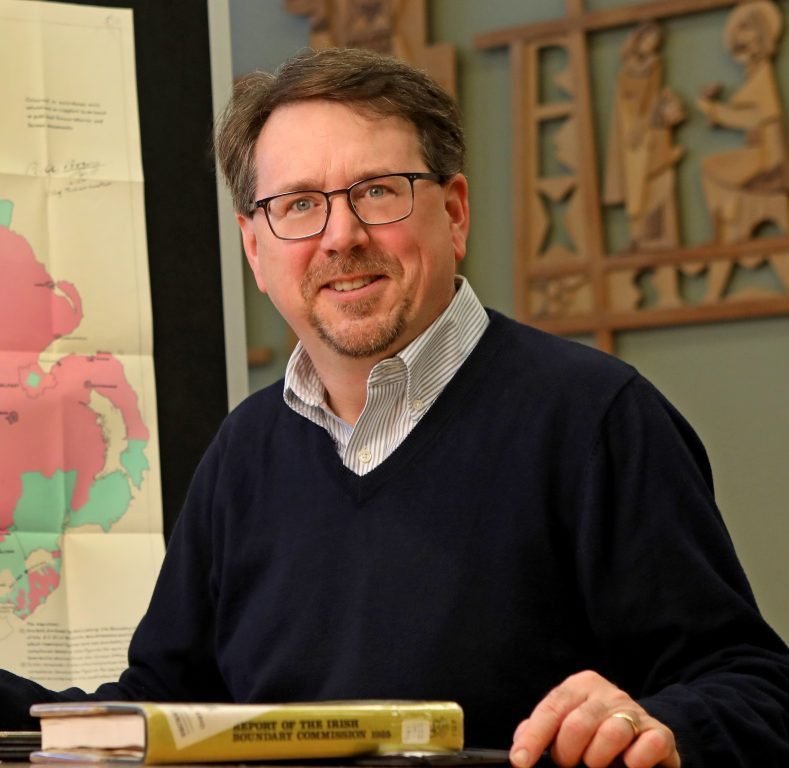 Washington and Lee University will host Timothy McMahon, associate professor of history at Marquette Universityand president of the American Conference for Irish Studies, for a public lecture at 4:30 p.m. on March 5 in Hillel House Rm. 101.

The title of McMahon’s talk, which is free and open to the public, is “Brexit on the Border: What We Know and Don’t Know about Irish/UK Relations.”

McMahon is a social historian with interests in nationalism and national identity, popular culture (especially popular religion), modern Ireland and the British Empire. He earned the bachelor’s degree from Washington and Lee University in 1987 and his master’s and doctoral degrees from the University of Wisconsin-Madison.

McMahon will discuss the implications for Ireland on the impending withdrawal of the United Kingdom from the European Union. As McMahon explains “When voters in the United Kingdom voted to leave the European Union in 2016, few gave much thought to the one major land border between the U.K. and the E.U., that is, the border of Northern Ireland with the Republic of Ireland. The irony of that silence was that this 310-mile-long border had been a central feature of the decades-long civil strife known as ‘The Troubles,’ which had dogged British and Irish governments before the signing of the so-called Belfast Agreement of 1998. The demilitarized border became both a symbol of hard-won peace and a practical conduit for the free movement of people and goods within the E.U. Now it would again be a site of contention, as negotiators trying to facilitate Brexit run up against a heretofore overlooked economic and security hotspot.”

McMahon’s talk is sponsored by the Philip F. Howerton Fund, the Department of Religion and the English Department at Washington and Lee University.