Canceled- W&L Hosts Shannon McGregor for Public Lecture Her talk, which is free and open to the public, is titled "Barely Legal: Political Ads, Social Media and #sponcon." 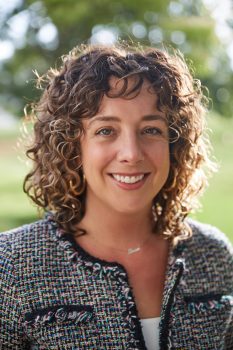 Shannon McGregor, assistant professor of communication at the University of Utah, will speak at Washington and Lee University on March 20 at 5 p.m. in Northern Auditorium.

Her talk, which is free and open to the public, is titled “Barely Legal: Political Ads, Social Media and #sponcon.”

McGregor studies the role of social media and its data in political processes, with a focus on political communication, journalism, public opinion and gender.

McGregor has published work in multiple publications, including the Journal of Communication and New Media & Society. She has also written for The Washington Post and The Guardian on the topics of social media and politics. She has also co-edited a book, “Digital Discussions: How Big Data Informs Political Communication,” with Talia Stroud, founding and current director of the Center for Media Engagement and a professor of communication studies and journalism at The University of Texas at Austin.