Washington and Lee School of Law concluded a seven-year capital campaign on June 30, exceeding its $35 million goal by over $2.6 million. The school also set a record for its 2014-15 Law Annual Fund.

The law school’s multi-year fundraising effort was part of the University’s $500 million campaign, “Honor Our Past, Build Our Future.” The University raised $542.5 million in all, exceeding its target by 8 percent.

As with the University, the top funding priority for the law school’s campaign was student financial aid. The law school raised over $14 million for endowed scholarships and other forms of student aid to help make law school more affordable.

Another top campaign funding priority was the Law Annual Fund. The school raised nearly $9 million for the annual fund over the life of the campaign, which helped set a new record for annual fund giving during the 2014-15 cycle. The school established a goal of $1.3 million for the Law Annual Fund this year, a 33 percent increase over the previous year. In the end, the law school raised $1.34 millon.

“The Law Annual Fund is central to W&L Law’s continued success in the changing law school environment,” said Dean Brant Hellwig. “The Strategic Transition Plan announced by the Board of Trustees and President Ruscio last spring calls for greater levels of annual giving, so we are grateful to the many alumni, as well as members of our faculty and staff, who made gifts this year to help us surpass this benchmark.”

The law school also raised over $3.5 million for the renovation of Sydney Lewis Hall, now undergoing the second phase of construction. The first phase of the renovation, completed last summer, focused on the building’s exterior. The current renovations will create improved spaces for the law schools clinics and much more space for students, including private group study rooms and a second large reading room. 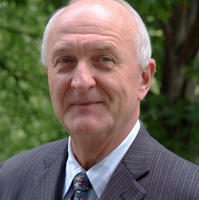 Dennis Cross to Step Down as Vice President for University Advancement
Related //The School of Law
Tagged //Campaign, Old Wordpress