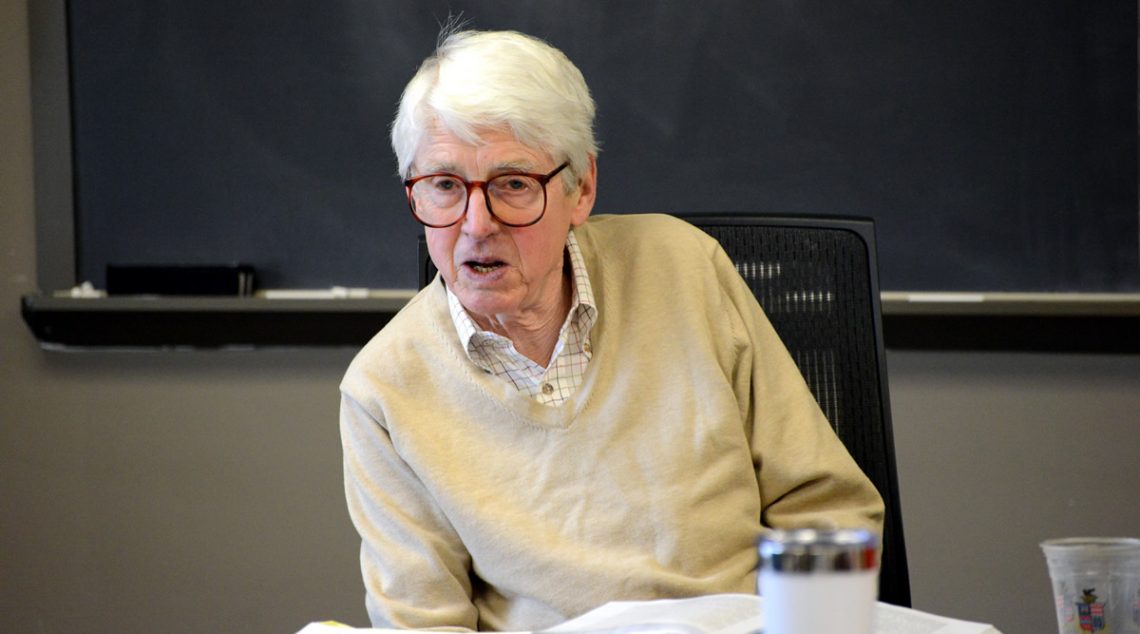 Washington and Lee law professor Doug Rendleman, the Robert E.R. Huntley Professor of Law at Washington and Lee University has been added as a new adviser to the American Law Institute’s (ALI) Restatement of the Law Third Torts: Remedies.

This Restatement of the Law will address tort damages and other remedies. It will include issues related to identifying the types of recoverable damages, such as past and future lost wages, medical expenses, disfigurement, and pain and suffering, as well as measuring damages, including discounting future earnings to present value, the effect of taxes, and structured settlements.

Advisers are recommended to ALI’s Council by the Reporter(s), Director, and Deputy Director. This diverse group of subject matter experts makes a commitment to review the drafts and provide input to Reporters.

Prof. Rendleman, author of a popular casebook on remedies, previously served as an adviser for the ALI’s Restatement (Third) of Restitution and Unjust Enrichment from 1998-2010.

The American Law Institute is the leading independent organization in the United States producing scholarly work to clarify, modernize, and improve the law. The ALI drafts, discusses, revises, and publishes Restatements of the Law, Model Codes, and Principles of Law that are enormously influential in the courts and legislatures, as well as in legal scholarship and education.