Washington and Lee School of Law has announced the winners of the annual alumni awards. The presentation occurred during a virtual Law Alumni Association meeting held April 10. 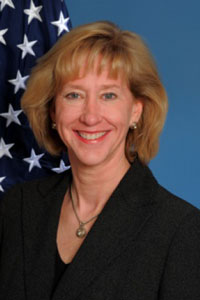 The 2021 Outstanding Alumus/a Award was presented to Malinda Dunn ‘81L. Dunn is the Executive Director of the American Inns of Court Foundation in Alexandria, Virginia. Before assuming her current position, Dunn served for more than 28 years in the United States Army Judge Advocate General’s Corps, retiring as a Brigadier General. She served as the Assistant Judge Advocate General for Military Law and Operations, Commander of the U.S. Army Legal Services Agency, and Chief Judge of the U. S. Army Court of Criminal Appeals.

Dunn’s awards and decorations include the Distinguished Service Medal, the Bronze Star Medal, the Legion of Merit, and the Meritorious Service Medal. She earned the Iraq and Afghanistan Campaign Medals, as well as the Korea Defense Service Medal and the Multinational Force and Observers Medal. She is a graduate of both Airborne and Jumpmaster School.

Dunn serves on the Board of Governors of the Army and Navy Club and on the Board of Trustees of Randolph-Macon College. She is a past CLE Chair for the American Bar Association Standing Committee on Legal Assistance for Military Personnel, and past president of both the Judge Advocates Foundation and the Judge Advocates Association. She served on the W&L Law Council, as a member of the Response Systems to Adult Sexual Assault Crimes Panel, speaks frequently on leadership, and has been recognized as a Distinguished Alumna by Randolph-Macon College. 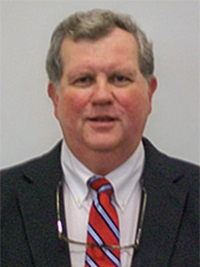 The Volunteer of the Year award is a way for W&L to recognize those individuals who go above and beyond assisting the Law School. This year’s award went to Mark Williams ‘81L. Williams retired as General Counsel to the Roanoke Regional Airport Commission as well as the Roanoke Valley Resource Authority. He was previously an Assistant City Attorney for the City of Roanoke and also worked in private practice.

Over the years, Williams has served on several ‘81L Class Reunion Committees and as Class Agent. For a number of years, he has taught the Local Government Law Practicum. He also participates with professors from W&L and other law schools in preparing suggested answers for the Virginia Bar Exam. Williams earned his B.A. from the College of William and Mary and his M.B.A. from Duke University. His son Glenn graduated from W&L in 2018. 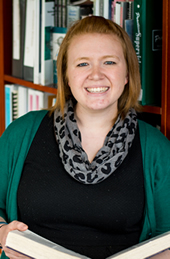 The Young Volunteer of the Year award recognizes those young alumni who go out of their way to assist W&L Law in recruiting students, mentoring students in their career searches, or organizing events that appeal to young alumni. This year’s award went to Emily Tichenor ‘16L.

Tichenor has been an active member of the Young Alumni Council for several years. She contacts admitted students, congratulating them on their admission and offering to answer questions that the might have, and she is one of the first to volunteer to take on additional students. Tichenor has been a great resource for students seeking career advice and has given significant time to talk with students with similar interests and help them along their career path.

Tichenor is an associate with Smith, Gambrell & Russell in Jacksonville, FL. Her practice concentrates in the areas of labor and employment counseling. She received her undergraduate degree from Baylor University.