The Alliance for Responsible Consumer Legal Funding (ARC) has announced the appointment of Washington and Lee law professor Victoria Sahani to its advisory council. The council provides leadership and advises the trade association and its members on matters pertinent to the consumer legal funding industry.

Consumer legal funding, sometimes referred to as third-party funding, is a new method plaintiffs involved in legal disputes use to finance the cost of litigation. In exchange for a share of the litigant’s future settlement award, investors give a lump sum to a plaintiff for the immediate relief of financial burdens such as medical bills and legal fees.

Sahani is one of the leading voices researching third-party funding, which she says is constantly evolving and sometimes controversial. The relationship between the funder, client and attorney can create conflicts of interest or erode the control the plaintiff has over the legal proceedings. Her most recent research suggests additional structures and regulatory models that can help resolve such issues in order to preserve what has become a valuable tool for those who lack to the financial resources to pursue a legal claim.

Sahani served for five years as Deputy Director of Arbitration and ADR in North America for the International Court of Arbitration of the International Chamber of Commerce (ICC). In this capacity, she advised government attorneys, in-house counsel and law firm attorneys on all phases of arbitration, mediation and ADR, including negotiating and drafting dispute resolution clauses, selecting neutrals and enforcing arbitral awards. Shannon previously served as an Adjunct Professor at Fordham Law School

Prior to joining the ICC, Sahani served as an associate with Pillsbury Winthrop Shaw Pittman LLP, where she specialized in complex tax credit and municipal bond financing arrangements for affordable housing and community development real estate transactions, as well as matters involving American Indian tribes. In the aftermath of Hurricane Katrina, she traveled to New Orleans in January 2006 to assist the Washington Lawyers’ Committee for Civil Rights Fair Housing Project with two housing discrimination claims.

Sahani holds an A.B. from Harvard College and a J.D. from Harvard Law School.  She is a member of the bar in New York and the District of Columbia. 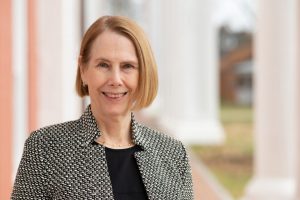