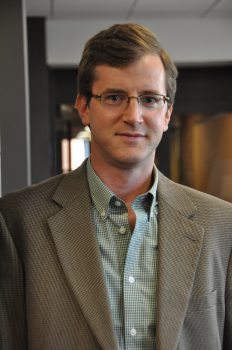 The 2016 release of the so-called “Panama Papers” detailing the financial holdings of numerous politicians and affluent individuals from around the world, and recurrent news accounts of companies such as Apple reducing their tax liabilities through foreign subsidiaries, have shone a bright light on the mysterious world of “offshore” finance.  Trillions of dollars are now held outside New York, London, and other major-market financial centers, and a handful of small jurisdictions have accordingly become major players in cross-border corporate and financial services.

The secrecy and opacity associated with these small jurisdictions have led critics to claim that they profit solely by facilitating money laundering and tax evasion. Others respond, however, that such jurisdictions offer real and legitimate benefits, including specialized expertise and increased competition, as well as financial and regulatory innovations.

Given the controversy, Bruner says the time is ripe for a thorough analysis of these growing markets.

“The nature, legal status, and market roles of small jurisdictions remain under-theorized,” says Bruner. “Lacking a sufficiently nuanced framework to describe their functions in cross-border finance – and the peculiar strengths of those achieving global dominance in the marketplace – it remains impossible to evaluate their impacts in a comprehensive manner.”

In the book, Bruner advances a new conceptual framework to refine the analysis and proposes a new concept that better captures the characteristics, competitive strategies, and market roles of those achieving global dominance in the marketplace – the “market-dominant small jurisdiction” (MDSJ).  Bruner’s account focuses on the central features giving rise to the MDSJs’ strengths – some reflecting historical, cultural, and geographic circumstances, while others reflect development strategies responding to those circumstances – and emphasizes their striking ability to bridge major-market economies and financial centers.

Through this lens, Bruner evaluates a range of small jurisdictions that have achieved global dominance in specialized areas of cross-border finance, including Bermuda, Dubai, Singapore, Hong Kong, Switzerland, and Delaware.

“The MDSJs’ significance will likely continue to grow,” Bruner concludes, “as will the need for a more effective means of theorizing their roles in cross-border finance and the global dynamics generated by their ascendance.”

Re-imagining Offshore Finance is now available from Oxford University Press, as well as Amazon and other booksellers. 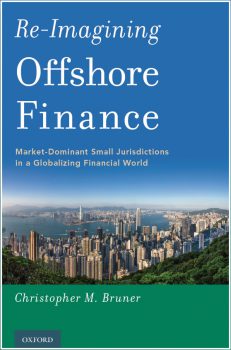 “Christopher Bruner’s important and timely book convincingly argues that we need to take seriously a handful of small jurisdictions that, for better and worse, have managed to compete for ever-increasing shares of the market for cross-border finance.  Through a careful study of the institutional features of a number of jurisdictions, Bruner identifies a special group, ‘market-dominant small jurisdictions,’ that have excelled in this competition, and distills the essential factors leading to their success.  This is a major contribution to the literature.”

“Are tax havens good or bad?  Professor Bruner brings a fresh new perspective to this tantalizingly simple question in his book Re-Imagining Offshore Finance. By engaging an impressively broad scope of literatures and breaking through old, unhelpful labels, Bruner is able to identify fascinating new themes in offshore tax and financial competition. In bringing to light the concept of ‘market-dominant small jurisdictions,’ Bruner helps move the intellectual debate forward in a truly novel and important way.”

Bruner’s first book, Corporate Governance in the Common-Law World: The Political Foundations of Shareholder Power (Cambridge University Press, 2013), has been called “a revelation” and “a work of monumental significance and scholarly craft,” and has been translated into Chinese (Cambridge University Press & Law Press China, 2016). In the book, Bruner develops a new political theory to explain why shareholders in the U.K. and other common-law jurisdictions are both more powerful and more central to the aims of the corporation than are shareholders in the U.S. He argues that relatively robust social welfare protections in the U.K., Australia and Canada have freed up their corporate legal systems to focus more intently on shareholder interests without giving rise to “political backlash” – because other legal structures accommodate the interests of employees.