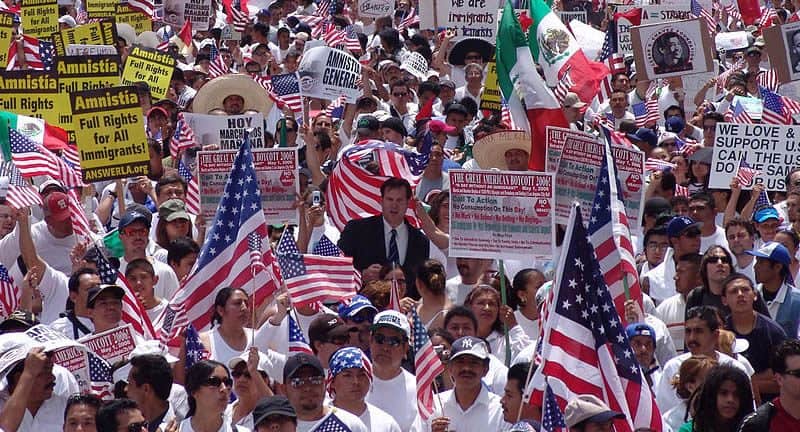 The event is scheduled for Feb. 2 in the Millhiser Moot Court Room, Sydney Lewis Hall on the campus of Washington and Lee University. The symposium proceedings are free and open to the public.

“Over the last year, we have witnessed substantial changes in our immigration policies and the exercise of the government’s immigration authority,” said David Baluarte, Associate Clinical Professor of Law and Director, Immigrant Rights Clinic at the Washington and Lee University School of Law, who helped coordinate this year’s symposium. Professor Baluarte noted that “the Executive Orders provide a great framework for examining emergent legal issues related to our shifting immigration policy, which is why I proposed this theme for the symposium.”

The Symposium will feature three panels—composed of individuals whom Baluarte referred to as “the nation’s foremost legal scholars on immigration law”—to engage and explore the plethora of legal implications raised by President Trump’s three immigration-focused Executive Orders (“EO”): “Border Security and Immigration Enforcement Improvements” (EO 13767), “Enhancing Public Safety in the Interior of the United States” (EO 13768), and “Protecting the Nation from Foreign Terrorist Entry into the United States” (EO 13769/13780).

Each panel will convene notable scholars who have dedicated substantial research to one or more of the aforementioned EOs in order to provoke a collaborative analysis of the challenges faced by the current administration in enforcing the policies delineated by the President. The issues to be addressed by the Symposium are particularly relevant in today’s contested political landscape, and they are set to grow in imminence as the administration’s enforcement of its immigration policies encounters resistance from a wide array of interest groups expected to file legal challenges on the local, national, and international levels.

The attendees for this year’s Symposium include:

A full schedule is available online. For questions regarding the event, contact Spencer T. Wiles ‘18L at wiles.s@law.wlu.edu.