When the trial of former Khmer Rouge leaders opened this month in Phnom Penh, Cambodia, legal groundwork by Washington and Lee University law students was being used in the defense of Kaing Guek Eav, commonly known as Duch, who is the first to be put on trial.

As part of W&L’s International Law Practicum, current and former students began working in 2007 to provide detailed analysis on legal issues for the Defense Support Unit of the tribunal established to try the Khmer Rouge leadership. The tribunal, known as the Extraordinary Chambers in the Courts of Cambodia (ECCC), was created by law in 2001 by the Cambodian National Assembly to try serious crimes committed during the Khmer Rouge regime, which was in power from 1975 to 1979.

The participating students admit that working for the defense has been difficult. “Reading about all the terrible things that occurred tears at us as human beings,” said Juliette Syn, one of the first students who assisted defense attorneys and a 2008 graduate of the W&L law school. “Nearly two million people died from hunger, disease, overwork and execution.”

But to have legitimacy in the eyes of the international community, a vigorous defense is essential, according to the project’s director, Thomas H. Speedy Rice, professor of practice in W&L’s Transnational Law Institute. “The representation of accused war criminals is never popular, but it is honorable and essential to the Rule of Law. Appropriately, honor is at the core of the W&L educational and social experience.”

According to Rice, the students find themselves working on the cutting edge of international law, since any time an international legal framework is applied to a new culture, paths must be blazed. It has been an experience unlike any other in their legal education.

Three students visited Cambodia in 2007 with Rice to discuss their work and future assignments. They also observed a three-day training session for the defense attorneys covering the highly complex and unique legal issues that emerge during international criminal trials. They then worked with defense attorneys in Cambodia via conference call, e-mail and Internet, researching emerging legal issues and developing advocacy materials. Two additional students went to Cambodia with Rice in the fall of 2008.

Now that the trial has begun, Rice and two students are returning to Cambodia this month to observe the proceedings.

Many wonder what purpose the trials will serve, since the perpetrators are now old men or deceased. In addition, they worry that re-opening old wounds could de-stabilize the country as it transitions to democracy.

Professor Mark Drumbl, who directs the W&L School of Law’s Transnational Law Institute and who has written extensively on atrocities and international law, concedes that securing complete justice for the millions killed is out of reach. But he believes trials like these serve an important purpose in a war-ravaged country’s evolution.

“Holding someone accountable for their crimes sets up an historical narrative,” said Drumbl. “The truth will finally be told, and this will become a focal point in the education of future generations and a tool for prevention.”

Part of W&L’s International Law Practicum, this project is one of several initiatives to provide W&L students with cutting-edge experiential learning opportunities. It is also a central element of the Transnational Law Institute, established in 2006, to globalize the study of law at W&L. In all, 20 W&L law students have participated in the project since the fall of 2007. 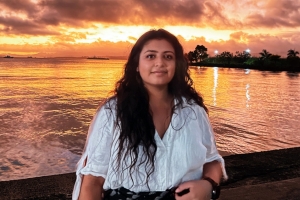 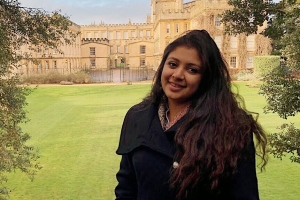