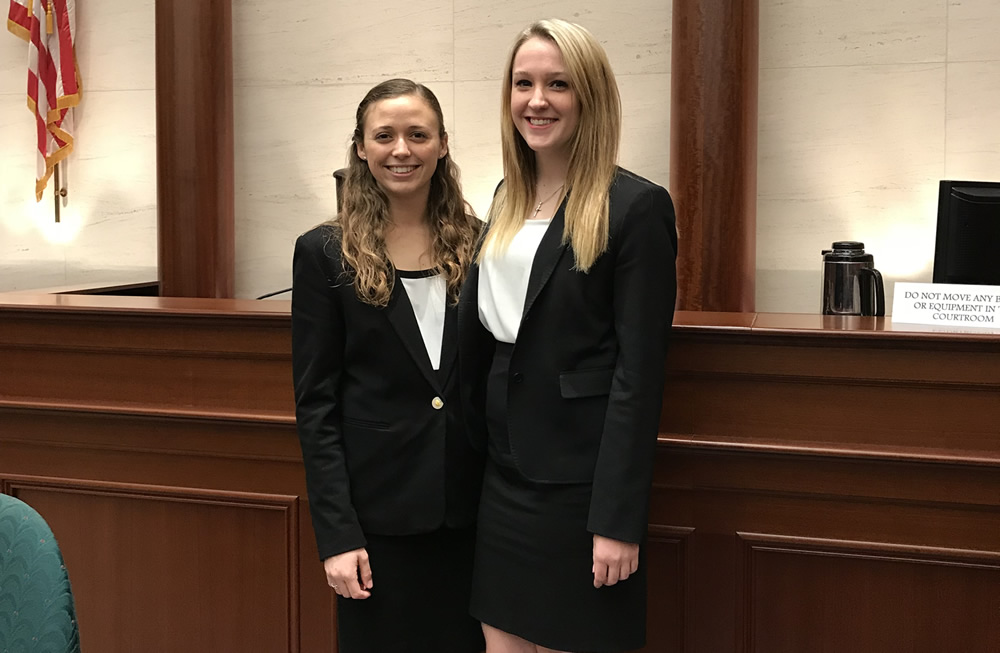 The problem for the competition involved a hypothetical dispute between a university that owned a (fictional) patent for brain-machine interface technology and a licensee who had developed a (fictional) product called the Chat Hat that practiced the patent.  The appeal involved two issues – the first was whether federal subject matter jurisdiction existed, and the second was whether the patent was invalid as obvious.

The competition, now in its 45th year, is organized by the American Intellectual Property Law Association (AIPLA). Members of the AIPLA served as judges of the competition.