In early January, the Prime Minister of Ethiopia announced that political prisoners would be freed and a notorious detention center would be closed in an attempt to end protests and violence that have engulfed the country since 2015.

Washington and Lee law students taking part in the school’s Criminal Tribunal practicum hope that their client, Bekele Gerba, will be among those eventually set free.

Gerba is one of Ethiopia’s most prominent opposition leaders and former head of the Oromo Federalist Congress Party. The Oromo are Ethiopia’s largest ethnic group, and human rights groups have condemned the Ethiopian government for persecuting the Oromo for many years. 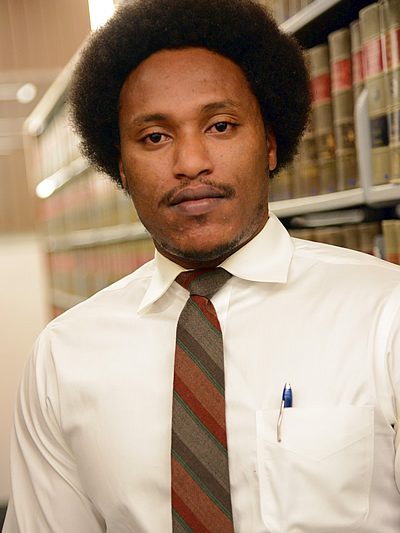 As part of the Transnational Criminal Tribunal class, six students were assigned to assist with the filing of a complaint before the African Commission on Human and Peoples’ Rights in the case of Bekele Gerba Et Al Vs. The Republic Of Ethiopia. According to Dr. Henok Gabisa, a visiting academic fellow at W&L Law who co-teaches the Criminal Tribunal class, the Commission is a continent wide tribunal with a Quasi-Judicial human rights mandate located in The Gambia, West Africa.

Dr. Gabisa is an expert on the Oromo dispute in Ethiopia and commented on BBC World Service Radio about the Prime Minister’s decision.

“The decision of the PM is step forward, but it does not represent a shift in policy nor could it be seen as a new political chapter in the country,” said Gabisa. “The announcement fails to guarantee a non-repetition of future harassment or rearrests of the political prisoners. The primordial problems still remain. Repressive laws are still in place; the judiciary remains one of the major political tools of repression.”

The students working on the complaint were Austin Woodside ’18, Jacquelin Hacker ’18, Jonathan Murphy ’18, Michael Cruz ’19, Timur Dikec ’19, and Sally Harper ’19. They traced witnesses and testimonies of Ethiopian torture survivors, some of whom are now exiled in Kenya, Egypt, Germany and other countries. Among the witnesses the students traced in search of testimony was a recent survivor of Mediterranean boat tragedy who left Ethiopia after months of torture in detention.

The Transnational Criminal Tribunal Law Practicum, led by Prof. Speedy Rice, is one of the innovative practice-based classes created at W&L a decade ago under the auspices of the School’s Transnational Law Institute (TLI). The goal of such courses is to equip the students with hands on experience in international criminal law, human rights law and access to justice.

Students in the class have worked directly with U.S. military defense counsels representing alleged 9/11 mastermind Khalid Sheik Mohammed before the U.S. Military Commission. Students have also worked for the International Criminal Court’s Office of Public Defense and Special Tribunal for Lebanon, both seated in The Hague.