Defense attorney Jonathan Shapiro remembers watching the videotape of a client confessing to the sexual abuse of three children and thinking, “We’re in real trouble.”

Shapiro, a 40-year criminal defense veteran and visiting professor at Washington and Lee School of Law, was retained to defend the client, whose first name is Russell. Thinking his client was as good as convicted, Shapiro went to the jail to meet him and was shocked when Russell said he didn’t do any of the horrible things he admitted on tape.

“I told him I saw the tape, and he said ‘I don’t know why I said those things, but I am not guilty’.”

And so began Shapiro’s interest in false confessions, a troubling phenomenon in the criminal justice system and the topic of an upcoming symposium Shapiro has organized at W&L Law. On Jan 30-31, interrogation experts, practicing attorneys and scholars will gather at W&L to explore the issue and some of the most notorious cases involving false confessions, including those of the Central Park Five and Virginia’s own Norfolk Four.

The statistics on exonerations based on DNA evidence show that this is not an isolated problem. Of the over 300 cases where convicted criminals were released from prison based on new DNA analysis after trial, 29 had confessed to the crime for which they were serving time. And without that DNA evidence, those people would still be incarcerated, or in some cases, executed.

So how does this happen? Why do people confess to horrible crimes that they did not commit? Shapiro notes that there was nothing particularly aggressive about Russell’s interrogation.

“There were no bright lights, no shouting,” says Shapiro. “It seemed very professional to me at the time.”

What Shapiro witnessed was an interrogation process known as the Reid Technique, which is taught to police officers across the country. This method has come under intense scrutiny for producing a number of false confessions. James Trainum, a former police officer and interrogation expert, and Steve Drizin, a leading researcher in the field, will be on hand at the W&L event to help explain how the Reid Technique works.

Also attending the symposium will be Raymond Santana of the Central Park Five and Eric Wilson of the Norfolk Four. They will discuss their interrogations and explain how they came to confess to such horrible crimes, including rape and murder, when they were completely innocent.

Shapiro says that after police get a confession, they almost don’t need any other evidence to secure a conviction. In Russell’s case, Shapiro and his client were so worried about the impact of the confession at trial that they initially entered an Alford Plea, where a defendant pleads guilty while maintaining his or her innocence. This was later withdrawn, and Shapiro took the case to trial. He prevailed, and Russell is now a free man.

“In addition to challenging the confession, we had some DNA evidence that didn’t fit with the detective’s theory of what happened to the children.” Shapiro says that confessions are extremely difficult to combat and that without that additional DNA evidence, Russell would probably be sitting in jail.

The symposium, titled “False Confessions: The True Story” will be held Jan. 30-31 in the Millhiser Moot Court Room, Sydney Lewis Hall on the campus of Washington and Lee. The event, which is free and open to the public, will include a screening Thursday evening of the PBS documentary “The Central Park Five” by Ken Burns, David McMahon, and Sarah Burns. More information and registration is available at law.wlu.edu/falseconfessions. 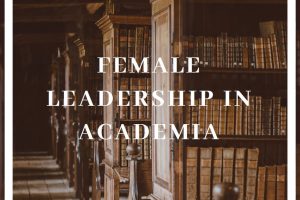