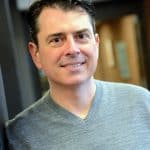 Washington and Lee law professor Mark Drumbl recently traveled to Beirut, Lebanon to lecture on international criminal law at the invitation of the Special Tribunal for Lebanon (STL).

This STL was established in 2009 through the United Nations Security Council and is charged with investigating and prosecuting the 2005 assassination of former Lebanese President Rafik Hariri, during which 22 people were killed. The STL’s headquarters are on the outskirts of The Hague in the Netherlands, but the Tribunal also has an office in Beirut, Lebanon.

While in Lebanon, Prof. Drumbl gave two presentations. He lectured on international criminal law to the Lebanese Internal Security forces at the Aramoun Training facility in Beirut. He also presented a public lecture titled ‘Tragic Perpetrators and Imperfect Victims’ at La Sagesse University. This event was attended by professors, judges, and students and was moderated by Dr. Karim El Mufti, Professor of Political Science and International Law and Director of the Human Rights Clinic.