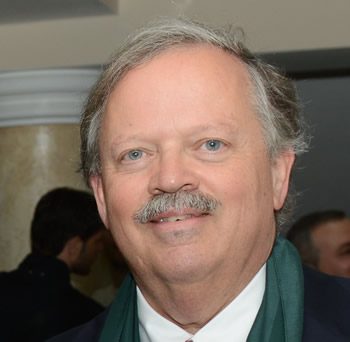 Washington and Lee law professor Thomas H. Speedy Rice was one of six individuals and organizations honored at the International Anti-Corruption Excellence (ACE) Awards held at the United Nations Office in Geneva (UNOG), Switzerland on Dec. 8.

The ACE awards acknowledge outstanding contributions towards the prevention of and the fight against corruption around the world. The winners were from China, Indonesia, Italy, Jordan, the U.S. and India.

Rice was recognized for his work to fight global corruption by The Rule of Law and Anti-Corruption Center (ROLACC Doha), under the patronage of His Highness Sheikh Tamim bin Hamad Al Thani, The Emir of the State of Qatar, in support of The United Nations Office on Drugs and Crime (UNODC) and its anti-corruption mandates, specifically, the implementation of the United Nations Convention against Corruption (UNCAC).

Rice received the acknowledgement in the category of Anti-Corruption Academic Research and Education, sharing in the honor with Chinese professor Xiumei Wang. Rice has made significant contributions to the growth of knowledge in anti-corruption through education-related work, training instructors to teach anti-corruption, and has been actively engaged in the educational efforts of the UNCAC through the UNODC Anti-Corruption Academic Initiative (ACAD) and been a principle coordinator of global educational workshops.

Rice was unable to attend the awards ceremony. His former student, Minjae Lee ‘13L, who currently works at the United Nations Office of the High Commissioner for Human Rights in Geneva, accepted the award on his behalf. 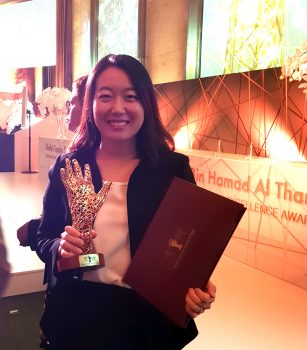 Rice teaches a number of practice-based international law courses at W&L, including the Criminal Tribunals Practicum, which works with defense teams in the International Criminal Court and elsewhere. He also teaches the Global Corruption and Good Governance Practicum, which engages students in problem-based learning concerning the comprehensive nature of the UNCAC and other multi-national and domestic anti-corruption instruments.

Students in the class regularly travel abroad to present research and findings at international conferences. Last year, six law students traveled to Albania for an anti-corruption conference they helped organize and more recently, this year’s class traveled to academic anti-corruption workshops in Kharkiv and Kyiv, Ukraine. Two student’s from the class, third-year students Katie Shield and Taylor Rafaly, also participated in an Integrity and Ethics Expert Group Meeting put on by the UNDOC and the European Public Law Organization in Sounion, Greece.