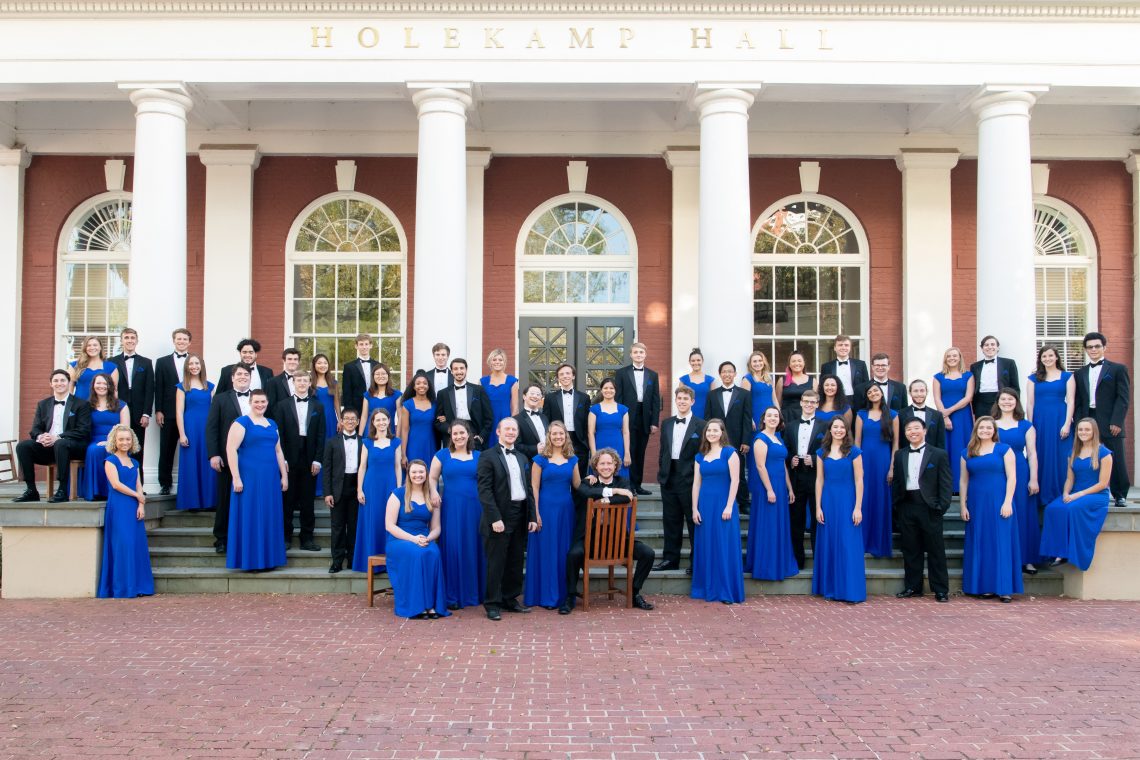 The play will be performed by the University Singers.

Washington and Lee University’s Department of Theater, Dance and Film Studies, along with the Department of Music, present the Robert O. and Elizabeth M. Bentley musical event for 2020, “Considering Matthew Shepard,” coming to Wilson Concert Hall in the Lenfest Center March 13-14 at 8 p.m. and March 15 at 3 p.m. Tickets are required for the performance.

“Considering Matthew Shepard” tells the now infamous true story and aftermath of the kidnapping, torture and murder of Matthew Shepard near Laramie, Wyoming, in 1998. In addition to the performance, Shepard’s parents, Judy and Dennis Shepard, will be on campus March 12-13. The Shepards will preside over an open forum discussion on hate crime and the importance of works of art such as “Considering Matthew Shepard” at 5 p.m. on Thursday, March 12 in the Wilson Concert Hall, and an audience talk-back following the Friday opening night performance. Tickets are not required for the Thursday open forum with the Shepards.

Matthew Shepard, a gay student at the University of Wyoming, was brutally beaten and murdered in 1998. In the wake of the murder, Matthew’s mother, Judy, created the Matthew Shepard Foundation, which is dedicated to fighting hate crime and “empowering people through outreach, advocacy and resource programs.”

His death shocked the country and inspired composer Craig Hella Johnson to create a piece to honor the legacy of Matthew and share his story with the world through music. In the musical, Johnson sets many different types of text in his oratorio to present a well-rounded piece about Matthew’s life and loved ones. These texts include poems by poets Hildegard of Bingen, Runi and Michael Dennis Browne; parts of Matthew’s own journal; and interviews and writings from his parents. He also uses multiple genres of music, including Gregorian chant, indie folk, blues and gospel music.

The play will be performed by the University Singers, featuring both professional and student soloists, instrumentalists and narrators, including W&L alumni Joshua T. Harvey ’00 and Jake Burnett ’17.

“‘Considering Matthew Shepard’is more than a show—it’s a work of art that redefines the importance of self-expression,” said Associate Professor of Music Shane Lynch, who is conducting, producing and coordinating the performance.“I think my view on the healing power of art has been rekindled throughout this process. I often am so driven by getting to the ‘perfect’ performance with the students that it is easy to lose sight of the humanity and true love and caring for one another that is necessary to achieve it. But this project is different.”

Staging director Duckery Bracey ’20, a senior at W&L, is also working on “Considering Matthew Shepard”as their capstone. They are undertaking the challenging task of choreographing a 52-person cast, in addition to determining what the performers will be wearing, on top of designing the set pieces. Bracey has a deep personal connection to the show as well.

“As a queer college student, Matthew Shepard’s story is very close to home for me. In general, this is a very cathartic experience for me,” Bracey said. “I think that it is really crucial to remember that Matt, and all the other people who have been murdered for being who they are, were ordinary people just living their lives. No matter how different we are, or how far off somebody seems from you, we are still all people and have more in common than we think.”

Tickets are required. Order your tickets online or call the Lenfest Box Office at 540-458-8000 for ticket information. Washington and Lee University cards can be used to purchase tickets. Box Office hours are Monday–Friday, 9-11 a.m. and 1-3 p.m., and will be open one hour prior to performance time.

The show is also presented in part thanks to support from the Andrew F. Mellon Foundation.