W&L Presents a Virtual Performance with Debashish Bhattacharya Guitarist Bhattacharya, who brings universal appeal to his pioneering fusion of classical Indian ragas and bluesy Western music, will perform on Nov. 14 at 7:30 p.m. 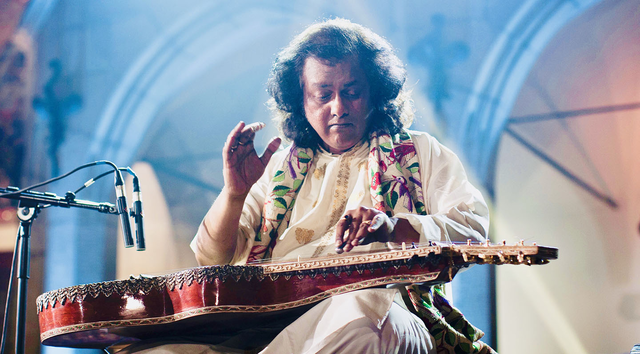 The show is open to the public to view online, and the stream can be accessed for free at https://livestream.com/wlu. A PDF of the printed program will be available by way of a link during the stream.

Bhattacharya is an architect of new instruments. He has engineered and patented three new guitars – Chaturangui, Gandharvi and Anandi – that are world-renowned for their unparalleled sound quality.

In addition to the streamed performance, he will engage in a master class via Zoom with Professor Greg Parker’s “Worlds of Music” class. Parker is the chair of the Department of Music at W&L.

Bhattacharya has been nominated for two Grammys and has won a number of awards, including the 2016 Songlines Music Award, 2007 BBC Planet Award, 2005 Asiatic Society Gold Medal and 1984 Present of India Gold Medal. He has also been featured in Song Lines Magazine, National Geographic, Central Asia and the Asia Pacific World Music Top 10 and Amazon’s Top 100 Albums.