W&L Presents American Shakespeare Center’s ‘Othello’ No tickets are required for the production, which will be performed at Blackfriars Playhouse in Staunton on Sept. 12 and streamed live in cinema quality. 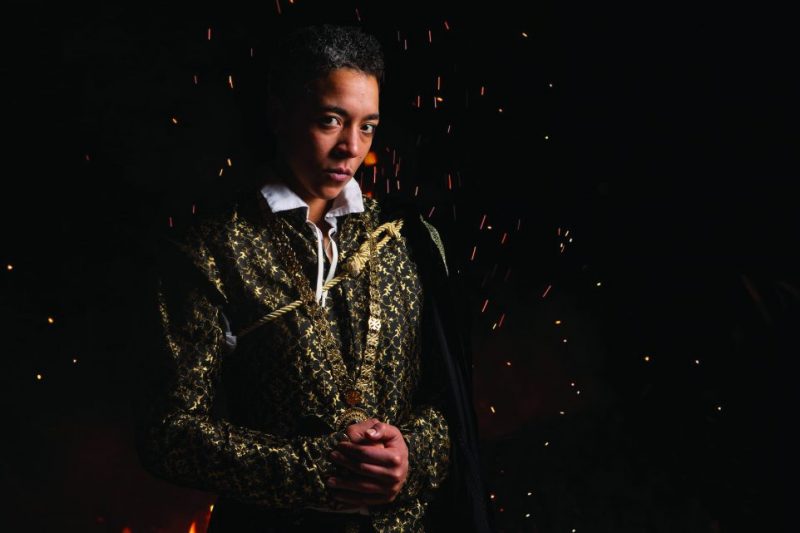 Washington and Lee University will present a special livestreamed performance of the American Shakespeare Center’s “Othello” on Saturday, Sept. 12 at 2 p.m.

No tickets are required for the performance, which will be shot in four-camera cinema quality and presented live from Blackfriars Playhouse in Staunton. For access to the livestream link and password, please email boxoffice@wlu.edu and use “Othello Link” as the subject line. The deadline for link access is Sept. 12 at 1 p.m.

“The mission of the American Shakespeare Center, along with the historically accurate atmosphere of the Blackfriars Playhouse, makes any of this company’s live productions an extraordinary experience—whether it’s your first visit or your 100th,” said W&L Lenfest Center Director Rob Mish. “In a time when live theater is struggling to reinvent itself, the ASC has found an effective way of bringing their production of ‘Othello’ to the greater Washington and Lee community in an exclusive performance from the Blackfriars stage. As we have come to expect, this ASC production deftly explores themes within Shakespeare’s play that parallel the challenges facing our world today.”

Directed by celebrated ASC Artistic Director Ethan McSweeny, this stunningly relevant production of Shakespeare’s tragedy of racism and jealousy promises to bring audiences to the edge of their seats. Acclaimed actress Jessika D. Williams, who has won a cult following from her appearance on the popular television series ‘Doctor Who,’ appears in the title role of Othello. Opposite Williams is veteran actor-manager for text John Harrell as the malevolent Iago. It’s a struggle between good and evil when these two titanic talents square off.

This performance of Othello and the live post-show talkback with the actors is part of Washington and Lee’s participation in the American Shakespeare Center Consortium. The ASCC is a group of colleges and universities who support the mission of the ASC and a structured program which combines the touring, academic and other functions. Solidifying the link between the ASC tour, the ASC home and W&L provides unparalleled opportunities to join the academy and the practice of classical theater.

Visit the Lenfest Center for the Arts webpage for additional information and a playbill. Othello contains adult themes.