W&L Presents Staged Reading of Award-winning Play W&L presents a staged reading of Will Arbery’s “Heroes of the Fourth Turning” in the Johnson Theatre on the W&L campus on Oct. 21-23 at 7:30 p.m. 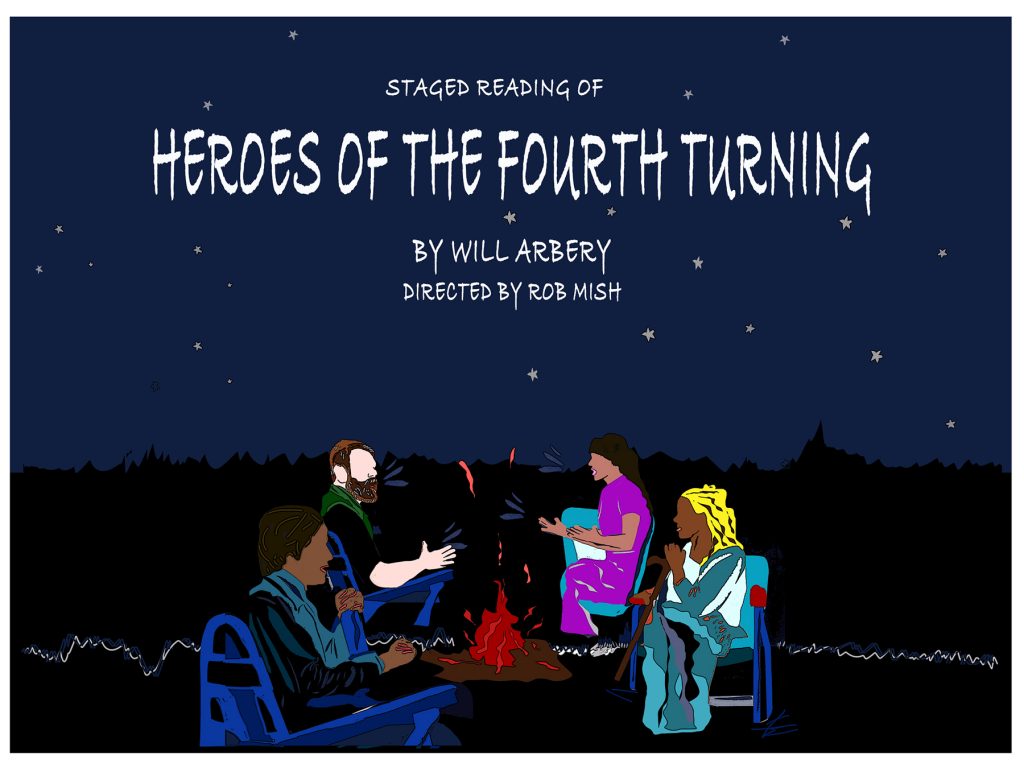 Washington and Lee University presents a staged reading of Will Arbery’s “Heroes of the Fourth Turning” in the Johnson Theatre on the W&L campus on Oct. 21 – Oct. 23 at 7:30 p.m. Tickets are free but required. All patrons must wear masks.

“Heroes of the Fourth Turning” opened off-Broadway in September 2019. By the time theaters shut down in March 2020 because of the COVID-19 pandemic, “Heroes” had found acclaim by winning the Lucille Lortel Award for Outstanding Play and the Whiting Award for Drama, as well as being named a 2020 Pulitzer Prize for Drama finalist. The Pulitzer Prize for Drama is awarded to a “distinguished play by an American author, preferably original in its source, and dealing with American life.”

The show shines a light on the world of American conservatism, showing how the diverse ideas, views and values within that spectrum find reflection in our current society – and more specifically, among four friends who reunite on the occasion of a former professor’s inauguration as president of their beloved college.

“Heroes of the Fourth Turning” is one of the few modern plays that steps aside from a cliché representation of conservatives and liberals. It guides the audience through the characters’ minds. Even with similar backgrounds and beliefs, we see that there are still many contradictions and subtle differences, just as there can be fissures within a civilized country such as the United States.

Arbery challenges the audience to examine their leanings by raising questions about cultural, political and social differences.

Rob Mish, director of the Lenfest Center and the play’s director at W&L, adds, “One of this play’s great strengths is allowing us to imagine how that longtime friend sitting right next to you is, quite unexpectedly, opposed to everything you’ve always believed.” 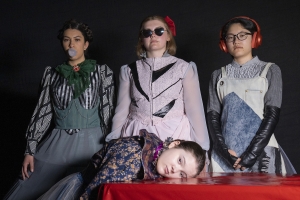