W&L Presents “Vanya and Sonia and Masha and Spike” This production is open to the public, but tickets are required. 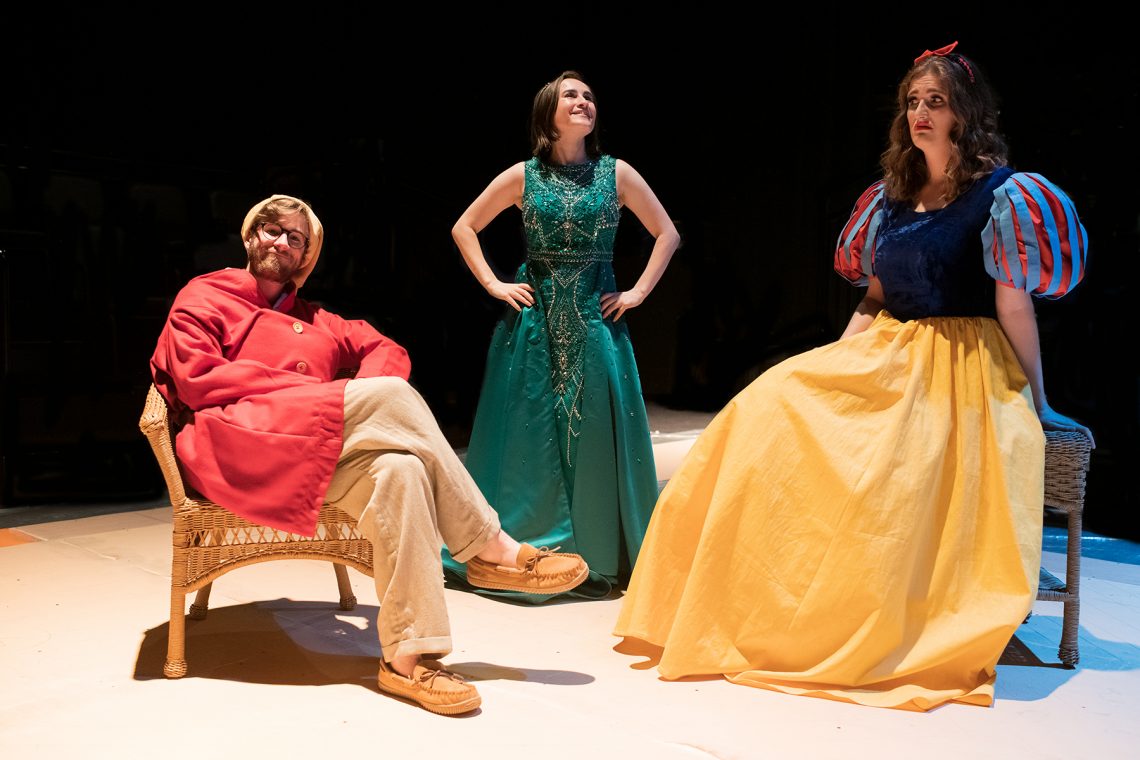 The Washington and Lee University Department of Theater, Dance and Film Studies presents “Vanya and Sonia and Masha and Spike” on Nov. 11 at 2 p.m. and Nov. 11-14 at 7:30 p.m. in Johnson Theatre on the W&L campus.

Vanya (Jim Grant ’19) and Sonia (Charlotte Cook ’19) have lived their entire lives in their family home, caring for their aging parents. Masha (Hannah Dewing ’19), an international pop movie star whose real wish is to act on the classical stage, returns home to visit her two siblings with her boy-toy actor boyfriend, Spike (Nick Mauer ’20), setting the audience up for a two-hour comedic romp.

Dewing, Grant and Cook lived on the same hall during their freshman year at W&L, and Dewing says the sibling roles they play come naturally to them. “Our relationship just makes sense, so it’s going to be so funny,” she said. “It’s been an easy relationship to settle into because we’re already so close.”

“We have that comedic language established, and we know how to play off of each other already,” said Grant. “It’s super exciting to put that on stage and see it translate.”

Stephanie Sandberg, assistant professor of theater and film studies, directs the contemporary comedy, which is written by Christopher Durang. It parodies Anton Chekhov’s work, so Sandberg said she hopes the audience leaves the theater with the spirit of laughter and an appreciation for theater.

“We need laughter right now,” said Sandberg. “Laughter is incredibly healing, and I think it will be good for audiences to experience that.”

This production is open to the public, but tickets are required. They may be ordered online or by calling the Lenfest box office at 540-458-8000. The box office is openMon.–Fri., 9-11 a.m. and 1-3 p.m., as well as one hour before performance time. Tickets are forfeited five minutes to opening and are going quickly, so get yours now! University Swipe is available.