Melissa Kerin, assistant professor of art history at Washington and Lee University, first became interested in Tibet as an undergraduate at Trinity College, after hearing about the Tibetan diaspora.

“I knew very little about Tibet except for the fact that many Tibetans lived in exile because of the political situation with China. At the time, I was very interested in the role that art played, potentially, in creating a sense of community for people who were in diaspora. As a junior, I participated in a Tibetan studies program in India and Nepal, where I lived at a nunnery for a month and studied traditional thangka painting (a Tibetan Buddhist painting on cotton usually depicting a Buddhist deity, scene or mandala) with a teacher from Swyamabhu (Kathmandu). After I graduated from Trinity, I received a Watson Fellowship that allowed me to continue my study of thangka painting. This gave me the chance to live in India and Nepal for 16 months interviewing and studying with thangka teachers.”

In graduate school, Kerin continued her research on Tibetan art, ultimately focusing on its history from the 15th to 17th centuries. That work is now presented in her book, “Art and Devotion at a Buddhist Temple in the Indian Himalaya ” (Indiana University Press), which examines 16th-century wall paintings in a Buddhist temple in the Tibetan cultural zone of northwest India. It received the Edward C. Dimock Jr. Prize for the Indian Humanities, American Institute of Indian Studies.

“The book focuses on a set of paintings in a temple in Nako, in the western Himalayan region of India,” said Kerin. “These paintings reveal that a certain type of Tibetan Buddhism was practiced in this village for which there was no written documentation or painted evidence. This fleshes out a religious history that we previously didn’t know about.” The book also provides an intensive stylistic analysis of a 15th- through 17th-century painting style that is known to have been used in the Tibetan court and at religious centers, but less so at the kingdom’s periphery. By charting the geographic spread of this late medieval style, Kerin hopes to provide a deeper understanding of the different idiomatic and regional expressions of it.

Kerin did most of the fieldwork for her book 10 years ago, while she was in Nako on a Fulbright-Hays Doctoral Dissertation research grant. “The village was part of a network of religious Buddhist centers in the western Himalayas and was situated along pilgrimage paths in the early days of Tibetan Buddhism,” she said. “As an art historian, it’s pretty typical to go in and take tons of photos and do lots of interviews. At the time I was just gathering, gathering, gathering and only started to make sense of the iconography and inscriptional evidence after I left the village.”

The paintings Kerin found were coated with mud and were not well preserved. “Because of climate change and the poor condition of the temples, the wall paintings suffer a great deal from water damage. These temples are made of baked brick — rammed earth, and if that gets excessively wet, the mud starts dripping over the paintings. Unfortunately, you can’t take that mud off without removing the pigment.”

Beneath the mud, Kerin noticed that the paintings pointed to an iconography directly related to Drikung Kagyu, a very specific form of Tibetan Buddhism that’s part of the larger Karma Kagyu tradition. “That was significant because the village, in its living memory, was Drukpa Kagyu, another form of the Kagyu tradition. After I had this information, I asked the villagers about Drikung, but they had only known the village to be Drukpa.”

In taking a closer look at the inscriptional evidence at the temple, Kerin concluded that all the graphic evidence “very pointedly and clearly showed that this was originally a Drikung temple. For the villagers, though, they understood and used the temple as part of a different, though related, lineage of Kagyu. When I spoke to the villagers about the seeming discrepancy, they weren’t very bothered by it,” she said. “Their response was, ‘Oh, well, yeah that’s interesting, but no, it’s Drukpa, not Drikung.’ The meaning and intent of the temple had changed over time. Even though the original iconographic form of the temple dates back to the 16th century, there was a different narrative existing alongside it. This wonderful realization allowed me to delve into the religious history of this area, specifically of the Drikung Kagyu tradition.

“Thoroughly documenting this site provides insights into the complex, overlapping, and sometimes nebulous networks of meaning, use and reuse, and reception at a single site over time,” Kerin said. “These paintings reflect the complex social, religious and political environments in the area during the late medieval period through today.”

Although Kerin has returned to India and the western Himalayans many times, she hasn’t been back to Nako since her initial fieldwork (2004 and 2005). “It’s really a difficult place to get to,” she said. “It’s a 12-hour ride from Delhi to Manali, and then once in Manali you have to register for an Inner Line permit because Nako is located in the conflict zone between Tibet and China. After you get the permits, which can take anywhere from a few hours to a couple of days, you need to find a jeep and driver to make the harrowing two-day drive.” At an altitude of 11,500 feet, “life becomes so focused, and simple, but also incredibly rich. There isn’t the static of everyday stuff, you’re just there doing your work, and, for me, it is the most beautiful place in the world.”

She noted, “What’s remarkable is that in this tiny village in the middle of nowhere along former pilgrimage and trade routes (now closed due to the 1962 Sino-India conflict) Nako still has a story to tell. It was a good reminder that you always need to look at areas considered the periphery — at the faded, forgotten remains — because chances are, there’s an interesting story there that, in this case, changes history a little bit.” 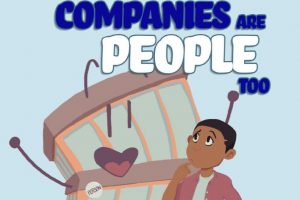 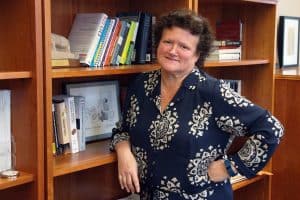