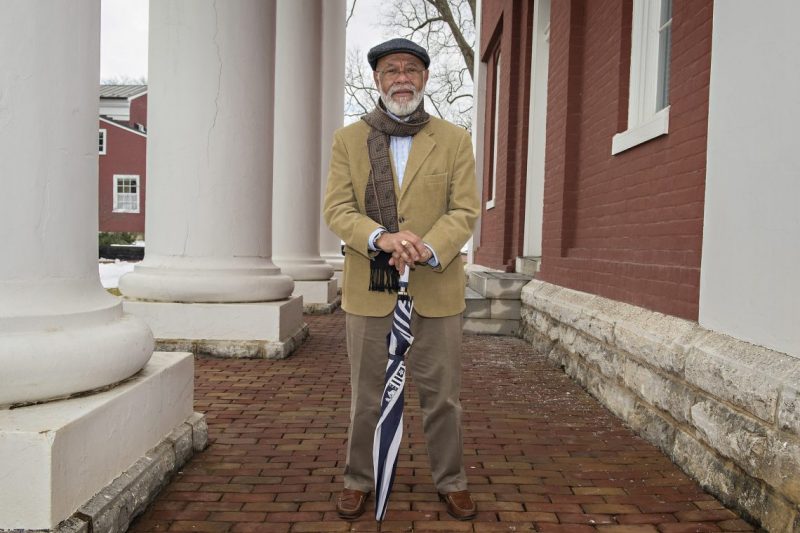 A Lexington native, Ted DeLaney began his career at W&L in 1963 as a lab technician in the Biology Department, where he spent the next 20 years. He enrolled as a full-time student at the age of 40.

“Toward the end of those 19 years [working at W&L], I started taking one class per term for credit — it was a little-known benefit that W&L employees had. I was the only person who had ever done it,” said DeLaney. “By that time, it must have been about 13 years after the admission of the first black student.”

DeLaney taught at The Asheville School, a residential secondary school in western North Carolina, before earning his Ph.D. in American history from The College of William & Mary. He taught at W&L from 1991 to 1993, then was an instructor at the State University of New York – Geneseo.

DeLaney returned to W&L as an assistant professor of history in 1995. He has since taught Colonial North America, Comparative Slavery in the Western Hemisphere, African-American History, Civil Rights, and Gay and Lesbian History.

He served as head of the History Department from 2008-2013, and as co-founder and director of the Africana Studies Program. In addition, he has served on numerous committees, including the Commission on Institutional History and Community. He plans to retire at the end of this academic year, and part of his speech will enumerate the various capacities he has held at W&L over the course of his 55-year affiliation.

“To have Ted DeLaney deliver the Convocation address this year is such a great occasion,” said Provost Marc Conner. “No one has a more penetrating sense of W&L’s history and character than Professor DeLaney. His vision for W&L has always been for it to be the best it can be, and he has contributed to that vision substantially in so many ways. I am eager to hear his perspective on our institutional history and his assessment of what we have done well, and where we can do better.”

Fall Convocation is the traditional opening of Washington and Lee’s academic year. This year will mark the university’s 269th academic year and the 169th year of the School of Law. Convocation, which is free and open to the public, will be held on the Front Lawn. In case of inclement weather, the event will move to Marshall Hall for Leadership & Ethics at Virginia Military Institute.

The Convocation address will be streamed live online at https://livestream.com/wlu/fall-convocation-2018.