Washington and Lee University News
May 21, 2018

Washington and Lee University will recognize the outstanding contributions of two college professors — Marjorie Agosín, the Luella LaMer Slaner Professor in Latin American Studies and a professor of Spanish at Wellesley College, and Harlan Beckley, the Fletcher Otey Thomas Professor of Religion Emeritus at W&L — with honorary degrees at the university’s 231st commencement ceremonies, on May 24, 2018. Beckley will also be the Baccalaureate speaker, on May 23. 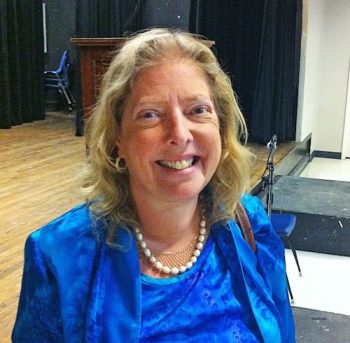 Marjorie Agosín is a poet, human rights activist and literary critic whose research interests include Jewish literature and the literature of human rights in the Americas; women writers of Latin America; migration, identity and ethnicity.

At Wellesley, she teaches courses on writing, historical and public memory in the Americas, Jewish women writers, and Latin America.

Raised in Chile, Agosín earned a B.A. from the University of Georgia and an M.A. and a Ph.D. from Indiana University. She is the author of numerous works of poetry, fiction and literary criticism. Her collections include “The Angel of Memory” (2001), “The Alphabet in My Hands: A Writing Life” (2000), “Always from Somewhere Else: A Memoir of my Chilean Jewish Father” (1998), “An Absence of Shadows” (1998), “Melodious Women” (1997), “Starry Night: Poems” (1996), and “A Cross and a Star: Memoirs of a Jewish Girl in Chile” (1995). Agosín has received numerous honors and awards for her writing and her work as a human rights activist, including a Jeanette Rankin Award in Human Rights and a United Nations Leadership Award for Human Rights, the Good Neighbor Award from the National Council of Christians and Jews, the National Mujer Award from the National Hispana Leadership Institute, and a Pura Belpré Award for celebrating Latinx cultural experience. The Chilean government honored her with the Gabriela Mistral Medal for Lifetime Achievement.

In nominating Agosín for the degree, faculty members from W&L’s Latin American and Caribbean Studies Program, the Center for Poetic Research, and the Department of Comparative Literature said, “Professor Agosín has brought her vivid poetry and her inspiring work to campus on several memorable occasions. Her body of work and generosity of spirit speak to her great humanity and consistent work for social justice in its many forms. Washington and Lee University students and faculty alike can attest from repeated experience on campus to the inspiring vitality and luminosity of her presence.” 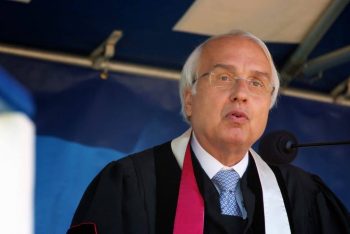 Harlan Beckley is the Fletcher Otey Thomas Professor of Religion Emeritus. He taught in the Religion Department at Washington and Lee from 1974 to 1997, when he founded and became the first director of the Shepherd Program on Poverty and Human Capability. Conceived as a curricular and co-curricular initiative, the Shepherd Program provides an interdisciplinary approach to the study of the causes and consequences of poverty. In the 20 years since its inception, it has grown to be the largest minor at W&L, with a strong community-based learning and service component, including the Campus Kitchen at W&L, the Nabors Service League, and partnerships with local agencies that aid under-resourced members of society. In 2012, Beckley led the national expansion of the program through the creation of the Shepherd Higher Education Consortium on Poverty (SHECP), a nonprofit comprising 23 colleges and universities across the United States that offer coursework in poverty studies along with summer internship opportunities. He served as the consortium’s founding director until 2017.

Beckley, who earned a B.S. in economics from the University of Illinois and a Ph.D. in Christian theological ethics from Vanderbilt University, served as vice president and president of the Society of Christian Ethics from 1999 to 2001. He received the State Council of Higher Education for Virginia’s Outstanding Faculty Award, Virginia’s highest award for excellence in education, in 2002, and served as acting president of Washington and Lee University in 2005-06. He retired from W&L and the Shepherd Program faculty in 2014.

In nominating Beckley for the degree, Shepherd Program faculty and alumni said, “Honoring Harlan’s multiple contributions to W&L as a teacher, scholar, innovator and senior administrator is richly deserved and an appropriate way to close the celebration of the two decades in which the Shepherd Program has enriched the students, faculty and staff of Washington and Lee, the greater Lexington and Rockbridge communities, and now the national landscape of higher education.”