W&L to Host Reception Honoring Rhodes Scholar Rossella Gabriele The Rhodes Scholarship, which averages $70,000 per year and up to as much as $250,000, fully funds two to four years of study at the University of Oxford in England. 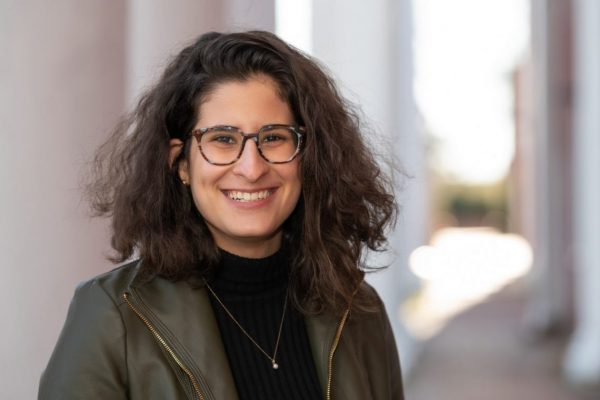 Washington and Lee will host a reception in honor of Rossella Gabriele, the university’s 17th Rhodes Scholar, on Monday, March 9, from 3 – 4 p.m. in the Elrod Commons Living Room. All members of the university community are invited to attend.

Gabriele, 22, of St. Louis, Missouri, was one of 32 scholars chosen this year for the award. The scholarship, which averages $70,000 per year and up to as much as $250,000, fully funds two to four years of study at the University of Oxford in England.

At W&L, Gabriele was devoted to finding equilibrium at the intersection of physics and global politics. During her junior year, she worked with her advisor, W&L Professor of Physics Irina Mazilu, to conduct independent research leading to a proof-of-concept model for predicting U.S. Senate votes using a partisan ranking tool combined with the Ising Model for ferromagnetism from physics.

After graduating from W&L, Gabriele worked with the U.S. Department of State TechGirls program as a cultural ambassador. She also was a STEM mentor for girls from Middle Eastern, North African and Central Asian nations who are interested in science, empowering them to return to their nations as change-makers in their chosen fields.