W&L Visiting Lecturer to Speak on “Time, Technology, and the History of Ancient Science” 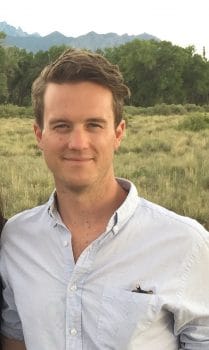 Colin Webster, assistant professor of Classics at the University of California, Davis, will give a lecture at Washington and Lee University on April 27 at 5 p.m. in Hillel House, Room 101.

He will speak on “Time, Technology, and the History of Ancient Science.” The talk is free and open to the public.

“My talk will explore the history of Greek astronomy as a history of technology, examining the tools, time devices and instruments that were used by the ancient Greeks to measure, model and conceptualize the heavens,” Webster explained. “It will investigate how technologies that expose new data do not simply access a new set of information, they propose new theories about the world, positing that the phenomena under investigation can sustain novel sets of characteristics. In so doing, these technologies often infiltrate conceptual models about the ‘explananda’ themselves, so that the tools with which we view the world end up becoming the very things we see.”

Webster is the author of articles, chapters and reviews, including “The Soundscape of Ancient Medicine,” in “Sound and the Ancient Senses” (eds., 2017); “Review: Patients and Healers in the High Roman Empire,” by Ido Israelowich, Tel Aviv University, in the Journal of the History of Medicine and Allied Sciences (2016); and “Heuristic Medicine: The Methodists and Metalepsis,” in Isis (2015).

His research and teaching interests include ancient science and medicine, and ancient philosophy.

Webster received his B.A. from the University of King’s College, his M.A. from Dalhousie University (both in Halifax, Nova Scotia) and his Ph.D. from Columbia University.