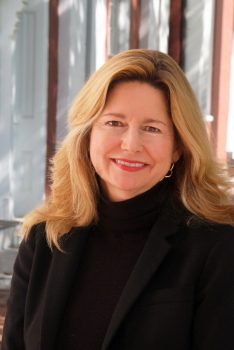 Ellen Fitzsimmons Rogowski, executive vice president of law and public affairs at CSX Corp., a rail-based transportation company headquartered in Jacksonville, Florida, joined the Washington and Lee University Board of Trustees on Oct. 20, at the board’s fall meeting in Lexington.

Rogowski joined CSX in 1991 and was named corporate general counsel in 1997. In her current role, which she assumed in 2003, she is responsible for all legal and public-facing matters at CSX, including the company’s legal affairs, government relations, security, environmental and audit functions. In this role, she has focused on maintaining high standards of ethics and compliance and pursuing reform of the civil justice system.

Rogowski serves on the boards of Ameren Corp., a utility based in St. Louis, Missouri, and Friends of the High Line, a non-profit based in New York City. She is a graduate of the Georgetown University Law Center and Virginia Tech and is a former attorney at Hunton & Williams.

She and her husband Greg have two adult sons, Gregory ’17 and Christopher. The Rogowskis were co-chairs of W&L’s Parents Leadership Council in 2016-17.