More than 3,800 hate and bias incidents targeting Asian and Pacific Islander (API) people have been reported to the nonprofit STOP AAPI Hate since March 2020, according to Dani Roberts, assistant director of inclusion and engagement at Washington and Lee University.

“And that’s just the ones reported,” said Roberts, who is Asian American. “The majority of the time it doesn’t get reported, because people either are too afraid to or can’t.”

Roberts, who joined W&L in September 2020 as part of W&L’s expansion of its Office of Inclusion and Engagement, has been tracking that number for a long time. Incidents of anti-API hate and bias are rare on the W&L campus and in Lexington, but he still felt it was important to advocate on behalf of W&L’s API students and push people to recognize the troubling broader trend.

That took on greater urgency with the March 16 shootings in Atlanta, which targeted Asian women and rattled API communities across the United States, drawing national attention.

“I started getting a flood of emails from faculty and staff who wanted to be supportive, which was touching,” he said. “People were paying attention, and I saw an opportunity.”

Roberts reached out to the student executive committee of W&L’s Pan-Asian Association for Cultural Exchange (PAACE) — Julie Kim ’21, Hannah Choi ’21, Andrea Levan ’22, Kristen Xu ’22, Alice Chen ’23 and Kaylann Adler ’23 — and asked them if they wanted to do something.

“They were amazing,” he said. “They’ve been in on it from the get-go.”

They planned two launchpad initiatives. Roberts would script and edit a video of testimonials from W&L’s API students, faculty and staff, including members of the PAACE executive committee. PAACE would work with him to create flyers and staff a table outside Elrod Commons to provide in-person outreach to students. They would also keep working together on awareness and outreach initiatives throughout the academic year.

The initiatives came together quickly. On March 22, Roberts and Levan, along with PAACE members and Fiorela Giraldo de Prado, program coordinator for the Johnson Program and the Office of Inclusion and Engagement, stood at a table outside Elrod Commons, distributing flyers and cupcakes and talking to more than 200 students. On March 30, W&L’s East Asian Languages and Literature Department and East Asian Studies Department hosted a virtual talk by Iyko Day, associate professor of English and critical social thought at Mount Holyoke College, titled “Anti-Asian Racism and Settler Colonial Racial Capitalism: A Response to the Atlanta Shootings.” More than 80 people attended. And on April 1, Roberts’ video went up on W&L’s YouTube and Vimeo channels.

Roberts says those initiatives are just the beginning. May is API/Desi (a term often used by people of South Asian descent) Heritage Month, and he looks forward to working with PAACE to continue broadening the visibility of W&L’s API community.

In the meantime, helping to #StopAPIHate is easier than people think.

“You can start with research,” Roberts said, “reaching out to friends and family and loved ones if they identify as API, making sure that they’re okay and that they feel supported. Don’t take over the conversation — it’s about uplifting their voices, being a resource for them. And if you see something, say something. Don’t say nothing.” 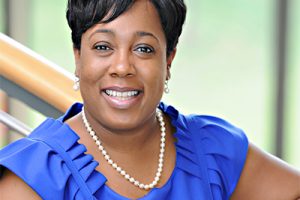 Program Spotlight: The Office of Inclusion and Engagement 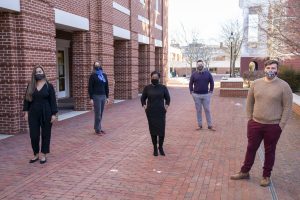 A Center for Positive Change 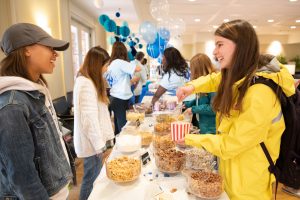