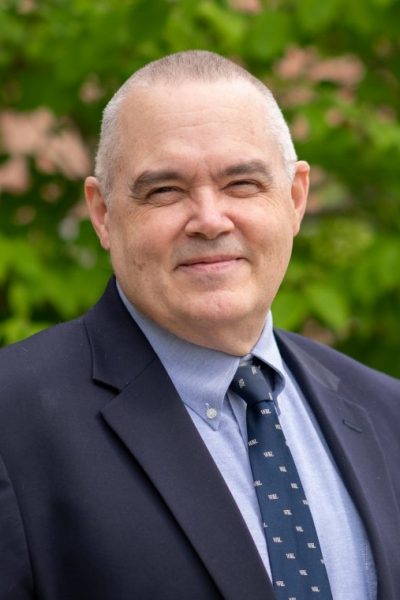 Scott Dittman, Washington and Lee University registrar and secretary of the faculty, has been awarded honorary membership by the American Association of Collegiate Registrars and Admissions Officers (AACRAO).

The award, AACRAO’s highest honor, recognizes Dittman’s active involvement and significant contribution to AACRAO and confers certain association benefits upon retirement. Recipients are selected by the AACRAO board of directors.

“Scott has been an integral part of the AACRAO family,” said AACRAO executive director Mike Reilly. “We are indebted to him for his vision and leadership on technology issues and his work on the AACRAO board. I will miss his eagle eye — he is a tremendous editor.”

Dittman has worked in higher education for 44 years, including positions in development, admissions, financial aid, records and registration, and institutional research at three institutions. He has spent the last 35 years at Washington and Lee.

Dittman has presented early adopter technology sessions for 30 years, on email, gopher, Netlink, the World Wide Web and social media, with more recent sessions on developing positive working relationships and updating business processes. He was among the first members of REGIST-L; was developer, host and webmaster of the original Virginia ACRAO and Southern ACRAO websites; conceived of and hosted ACRAO’s states/regionals leadership listserv; and is the current co-owner of the small-college registrar listserv.

Dittman served as associate editor of AACRAO NetNews and then as an early contributing editor of AACRAO Transcript. After terms on N&E, the public policy task force and the academic calendars committee, he was elected as AACRAO’s first vice president at large in 2014, chairing the board’s governance committee for two years. He has also served on the faculty of REG 101, a professional-development course, and as Annual Meeting parliamentarian three times.

In addition to AACRAO, Dittman has been a member of Ohio, Virginia and Southern ACRAOs, the latter two conferring distinguished service and honorary member recognitions after numerous terms on the respective executive committees, service on the SACRAO Journal editorial board and both associations’ nominating committees, and dozens of professional presentations. He spoke at four other regional ACRAOs and was recognized with the best session award for his SACRAO 2011 presentation on contemporary technology vocabulary.

Dittman will retire from Washington and Lee in June 2020, continuing as special consultant to the provost during a six-month transition period through December 2020.