“At least one German play has been performed every academic year for 25 years. The quarter-century mark of German drama at W&L is being celebrated under the name of Generalprobe.”

On Jan. 26 and 28 at 7:30 p.m. in the Johnson Theater at the Lenfest Center, Generalprobe will celebrate 25 years of German language theater at Washington and Lee University with the production of an original Singspiel.

Singspiel is a form of German light opera, typically with spoken dialogue, popular especially in the late 18th century. This Singspiel is based on the Grimm Brothers’ tale “Die Gänsemagd” (“The Goose Girl”).

“Die Gänsemagd” will be sung in German with English supertitles projected. The synopsis is included in the program. The production is free and open to the public. No tickets are required, but seating may be limited. 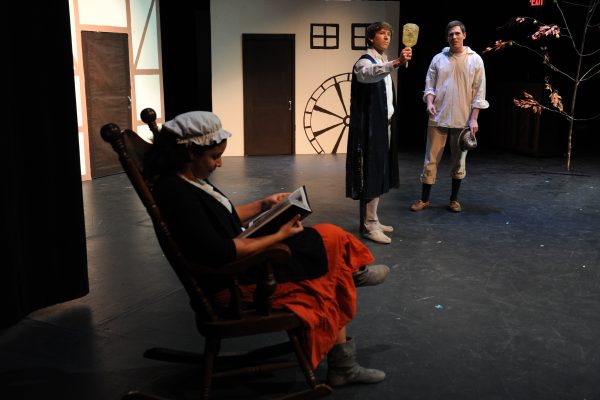 Director Roger Crockett, professor of German at W&L, wrote the libretto and composed the music for the production, which features four guest artists from Opera Roanoke’s Young Apprentice Artist Program performing together with W&L students and faculty members.

“Generalprobe is a German word for dress rehearsal. When I began directing German plays at W&L, I wanted a catchy name that we could keep from year to year for continuity as students graduated and new ones came into the program,” said Crockett.

“At least one German play has been performed every academic year for 25 years. The quarter-century mark of German drama at W&L is being celebrated under the name of Generalprobe,” he said. “Almost all German majors and minors perform at least once during their four years here.  Many perform multiple times.”