W&L’s Jazz Ensemble Presents Spring Concert The band will perform for the last time this academic year on April 7 at 8 p.m. in Wilson Hall on the W&L campus. 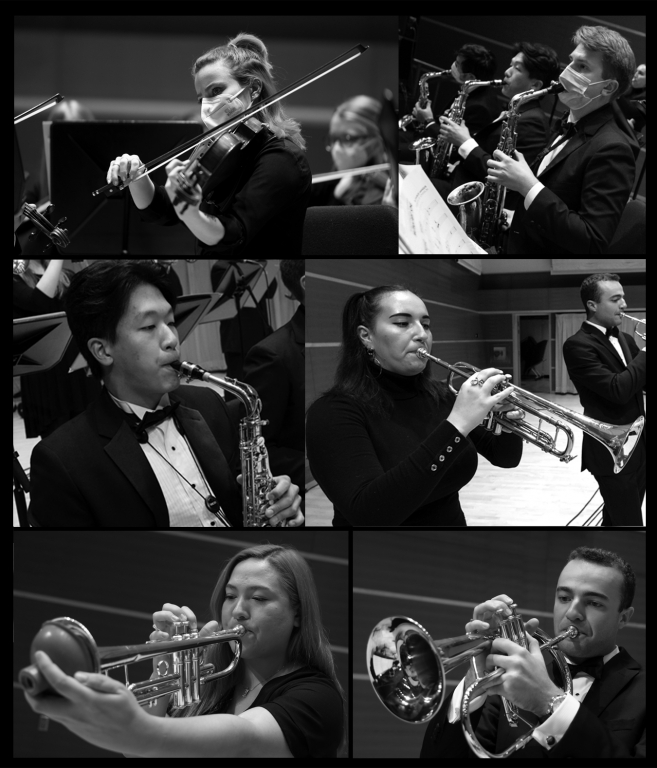 Washington and Lee University community members are invited to join the University Jazz Ensemble in a concert on April 7 at 8 p.m. in Wilson Hall on the W&L campus. After fine-tuning their sound this academic year, the talented student musicians are eager to put it all on display one final time.

The show is free and open to the public, and no tickets are required to attend. The performance will also be streamed online at https://livestream.com/wlu.

Fresh off a highly acclaimed three-night run with the University’s Repertory Dance Company, the ensemble sparkles with precision and creativity.

“The band has never sounded better,” said Terry Vosbein, professor of music at W&L and director of the ensemble. “They are really on fire.”

The audience can expect to hear soulful soloists and tightly knit ensembles. Numbers from the bands of Duke Ellington, Count Basie, Charles Mingus, Stan Getz and Chuck Mangione will be presented.

Six student musicians from the Class of 2022 are to be showcased in their final University Jazz Ensemble performance before graduating: trumpeters Leslie Sparling, Cassandra Sobieski and Alec Mulkern; saxophonists Truman Chancy and Jae Jung; and violinist Missy Thomas.

Both Sparling and Chancy have been with the ensemble since their first semester at W&L. Sparling will light up the stage with a fiery rendition of Maynard Ferguson’s “The Spirit of Saint Frederick.” At the same time, classmate Chancy will explore the cooler side of jazz in Ellington’s “In A Sentimental Mood.”

Two of the titles to be performed were specifically written for the University Jazz Ensemble. Last year, the ensemble commissioned noted composer and saxophonist Christopher Rochester to write “B Delight,” a funky and fun musical romp. And this year, the band asked Lynchburg-based composer-arranger Chris Sharp to concoct a new setting of the Gershwin classic “Summertime.”

The University Jazz Ensemble was founded in 1996 by Terry Vosbein as an academic course. Over the past 25 years, the band has performed annual concerts on campus, showcasing the many talented students passing through its ranks. Additionally, the group has performed in cities such as Boston, New York City, Philadelphia, New Orleans and Atlanta, as well as toured Russia, China and Greece. 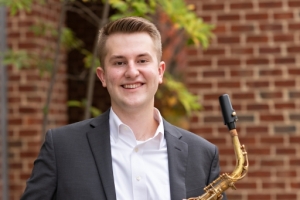 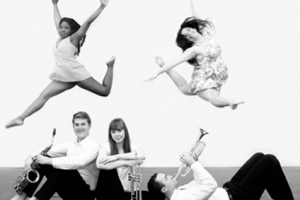 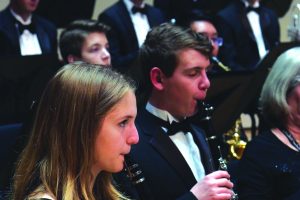