W&L’s Kahn to Lecture, Host Discussion on Amazon Fires The event, which is free and open to the public, is titled "The Future of the Amazon Rain Forest." 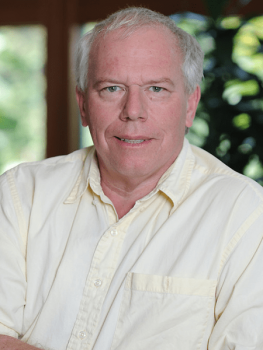 Jim Kahn, John F. Hendon Professor of Economics and professor of environmental studies at Washington and Lee University, will give a public lecture and host a panel discussion related to the current fires in the Brazilian Amazon on Sept. 23 at 5 p.m. in Stackhouse Theater on the W&L campus.

The event, which is free and open to the public, is titled “The Future of the Amazon Rain Forest.”

Kahn will explain how deforestation is working against the interests of the Brazilian people, and how it causes ecological, social and economic damage both in the short and long term. Kahn will also examine the ramifications of biodiversity and climate change, and he will discuss social justice issues in Brazil.

After Kahn’s lecture, there will be a panel discussion with Larry Hurd, Herwick Professor of Biology; Chelsea Fisher, assistant professor of environmental studies, Greg Cooper, professor of philosophy; and Stephanie Sezen ’21, an economics major at W&L.

Kahn has written extensively on environmental and economic issues in the Brazilian Amazon and has been on the faculty of the Federal University of Amazonas since 1992.