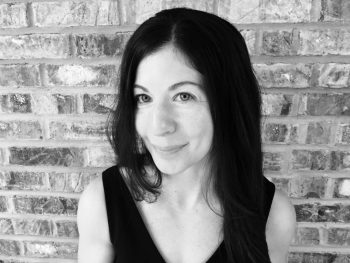 The Lucille Clifton Legacy Award is an award “presented to a younger poet whose work exemplifies the legacy of creating literature that demonstrates the compassion, courage, truth-telling, and commitment to justice that Lucille Clifton’s life and work modeled”.

In receiving the award, Green will join Li-Young Lee in a public reading and conversation about the legacy of Lucille Clifton, former Distinguished Professor of the Humanities at St. Mary’s College.

To register for the free online event in advance, visit www.smcm.edu/lucille-clifton/.

“I treasure Lucille Clifton’s work for its unmatched strength in craft and voice, as well as for its invaluable emphasis on Black womanhood,” Green said. “I am unspeakably honored to be included in her legacy.”

Green’s first full-length poetry collection, “The More Extravagant Feast,” was selected as the winner of the 2019 Walt Whitman Award, given by the Academy of American Poets. Her chapbook, “The Ones We Have,” received the 2012 Flying Trout Chapbook prize.

Lucille Clifton was one of the most distinguished poets of her time. She won the National Book Award for Poetry and was the first Black recipient of the Ruth Lilly Poetry Prize for lifetime achievement. In 1987, Clifton became the first author to have two books of poetry — “Good Woman” and “Next” — chosen as finalists for the Pulitzer Prize in the same year. She was named a Library Lion of the New York Public Library in 1996, served as chancellor of the Academy of American Poets and was elected a fellow in literature of the American Academy of Arts and Sciences.