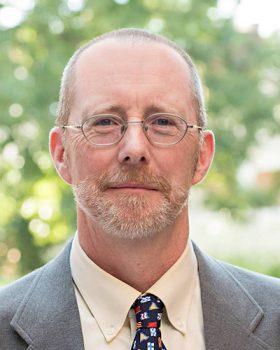 Mark Rush, Waxberg Professor of Politics and Law and director of the Center for International Education at Washington and Lee University.

Mark Rush, Waxberg Professor of Politics and Law and director of the Center for International Education at Washington and Lee University, has been appointed to the Fulbright Specialist Roster for a tenure of three years. This position is chosen on behalf of the U.S. Department of State’s Bureau of Educational and Cultural Affairs (ECA) and World Learning.

As a candidate on the Fulbright Specialist Roster, Rush is now eligible to be matched with projects designed by host institutions in over 150 countries globally.

From 2010-2013, he served as dean of the College of Arts and Sciences at the American University of Sharjah in the United Arab Emirates. His current scholarly work and interests include presidential powers over foreign affairs, separation of powers, international politics, the Middle East, judicial activism, elections and democratic reform, civic education, higher education and law and sports.

Rush has written extensively on U.S. politics, constitutional law in the U.S. and Canada, elections and democracy around the world and global affairs. His writings have been published in numerous scholarly journals and in media outlets such as The Hill, The Washington Post, USA Today, The Christian Science Monitor, The Richmond Times, The Roanoke Times and NPR.