W&L’s Tim Lubin Awarded Two Grants for Research The fellowships will support 18 months of research and writing on Hindu law. 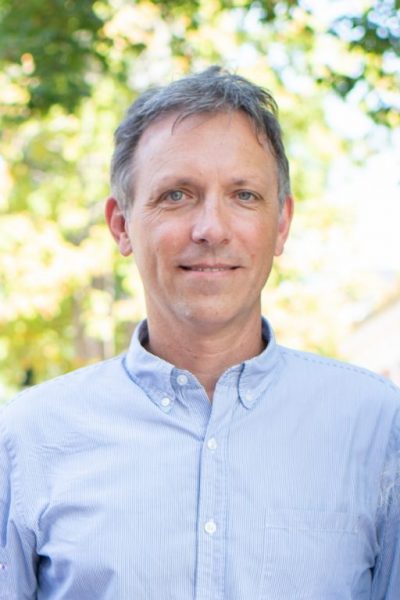 Washington and Lee University Professor of Religion Timothy Lubin has received a $60,000 National Endowment for the Humanities (NEH) Fellowship and a $75,000 American Council of Learned Societies (ACLS) Fellowship for his project “Appropriations of Indian Dharma and Law on the Peripheries.” The fellowships will support 18 months of research and writing, including a substantial amount of time abroad, starting in the summer of 2020. The results will appear in a book tentatively entitled “The Authority of the Brahmins.”

The project is a long-range study of the development and spread of classical Hindu law and the role of the Brahmin caste in that process. “The story begins in what was known in ancient India as the ‘middle country’ — roughly, the plains around the Ganges valley,” said Lubin. “Brahmins, responding to the challenge posed by the Buddhist monks and other ascetic orders, adapted by reconfiguring their professional status as a form of ‘asceticism in the world.’ At the same time, they proposed elaborate theories of law, polity and society that earned them patronage from rulers and other elite groups.”

He added, “Their initial success was repeated in many regions on a widening periphery from around 500 CE onward: in Nepal, in South India and in Southeast Asia, where classical north Indian ideas interacted with local cultural patterns to produce distinctive regional variants.”

Lubin’s work during both fellowships also contributes to an international collaboration, the DHARMA Project (ERC no. 80994). He is studying the development of a legal literature in Old Javanese that was inspired by the Indian Hindu model but mainly consisted of Javanese customary law.

This research offers a case study of how a decentralized religious group found ways to interweave religious and secular modes of authority over a long history and in diverse cultural contexts. It holds lessons for understanding the intersections of religion, the state and social status.

Formed a century ago, ACLS is a nonprofit federation of 75 scholarly organizations. As the preeminent representative of American scholarship in the humanities and related social sciences, ACLS holds a core belief that knowledge is a public good.

NEH fellowships support cultural infrastructure projects, advanced scholarly research, humanities exhibitions and documentaries, and the preservation of historical collections. Any views, findings, conclusions or recommendations expressed in this article do not necessarily represent those of the National Endowment for the Humanities.