A recent report from  journalist Tony Mauro, who covers the U.S. Supreme Court for the National Law Journal, brought some attention to the growing online collection of material from the archives of U.S. Supreme Court Justice Lewis Powell ’29, ’31L, whose papers are housed in Sydney Lewis Hall on the campus of Washington and Lee University.

Powell abided by an informal agreement among some justices, restricting access to case files until after all the justices with whom he served left the court. Any request for files had to be approved by Powell – or Jacob, since Powell’s death in 1998. The last sitting justice with whom Powell served is Antonin Scalia.

Jacob said Powell never denied a request for access. Jacob’s policy now is to post online any case file that has been requested and approved for disclosure.

Jacob met Powell several times in his later years and has fond memories of their encounters. While circumspect in some ways, Powell had a “strong sense of history” and of the need to make his papers accessible for historical research, Jacob said.

Jacob writes about all things Powell at the Powell Archives website, where you can see a “best of” list of Powell’s opinions and learn which historians and biographers have used Powell’s papers to research their subjects, which have ranged from Edward R. Murrow to Clarence Thomas.

Mauro’s complete article is available online, with subscription, from the National Law Journal. 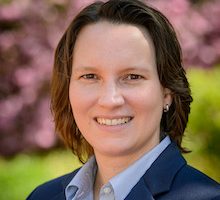