‘A Constant Friend’ Ahead of Black Alumni Weekend 2022 and the 50th anniversary of the Black Ball, founding members of the Student Association of Black Unity are reviving an emergency student fund in memory of their late mentor and friend Marjorie Poindexter. 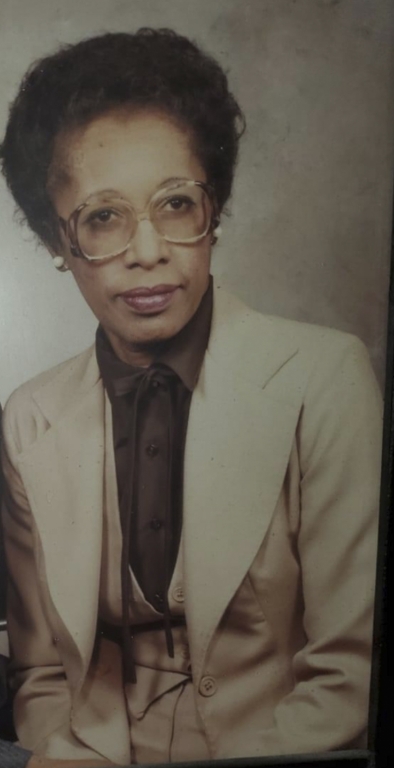 Marjorie Poindexter was officially the mother of three daughters and two sons, but the number of young Washington and Lee University students – particularly minority students – who depended on Poindexter for maternal advice and support likely numbered in the double digits.

Today, nearly 30 years after Poindexter’s untimely death at age 50, those alumni have not forgotten the difference she made in their lives.

“Mrs. Poindexter was always that candid, caring and demanding source of maternal confidence and advice that I needed ­– that I think that we all needed – as young men away from home and our mothers,” said William Hill Jr. ’74, ’77L. “I know that she was for me.”

In memory of Poindexter, and on the occasion of a March 4-5 reunion of Black alumni commemorating the 50th anniversary of the Black Ball, a group of alumni are soliciting donations to the Poindexter Fund, an emergency fund created to provide financial assistance to students in times of unusual economic emergency or extraordinary want.

Marjorie Poindexter joined the W&L staff as a secretary in the Office of Financial Aid in 1968, just two years after the university integrated. At the time, she was one of very few Black employees in administrative positions. With her incredibly caring demeanor and no-nonsense approach, Poindexter took students under her wing – particularly minority students.

“At 18 years of age, away from home for the first time, in an all-male and almost totally white academic environment, Washington and Lee was a culture shock, to put it mildly,” Hill said. “My first conversations with Mrs. Poindexter were about remembering what my mom and dad had taught me and about making them proud, which she always reminded me I could do, otherwise I would not be on campus.”

According to one of Poindexter’s daughters, Michelle Poindexter, her mother cleaned houses before earning her GED and applying for a secretarial position at W&L. She quickly became known for her professionalism in both appearance and demeanor. Michelle Poindexter said her mother did not leave for work without topping her ensemble with one of her large collection of hats. “She was very elegant in her mannerisms,” her daughter said.

Far more important than Poindexter’s outward appearance was her warmth and capacity for empathy. Her job description did not include counseling students, but her desk soon became a frequent stop for those who needed to talk. Michelle Poindexter recalls that her mom also connected with students at her church, Randolph Street United Methodist, and occasionally invited them to the home for a dose of Southern hospitality.

“Marjorie was a combination den mother, cheerleader, life coach, loan co-signer, fairy godmother and saint for those first Black students,” said Patrick Hinely ’73, who recently retired after more than 40 years as a university photographer at W&L. “I know of at least two she talked out of transferring or quitting.” 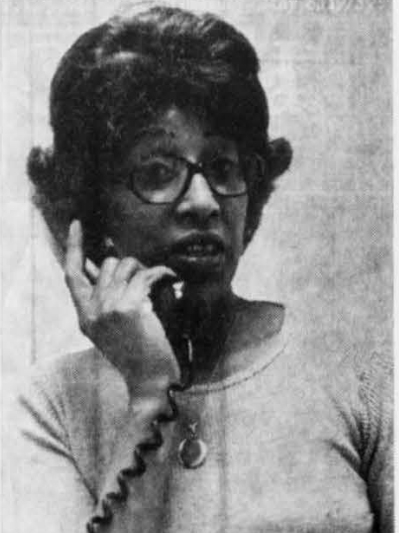 Marjorie Poindexter takes a call in this photo from the Calyx.

Matthew Towns ’74 agreed, referring to Poindexter as a “parent away from home.”

“She helped and sometimes prevented us from rushing into things without thinking about them,” Towns said. “When we were frustrated, she would try to help us understand that we needed to be a little more patient. And sometimes, she would just say ‘Go for it.’”

It wasn’t only minority students who found a friend in Poindexter. Michelle Poindexter recalls that her mother often talked about her interactions with white students, as well. One of those students was future trustee and Athletic Hall of Fame member John Wolf ’69, ’72L, who stopped to converse with Poindexter on a regular basis during his seven years at W&L. He fondly remembers her sense of humor.

“She was the epitome of a genteel lady,” he said. “She was just the nicest person in the world, and she drew people to her like a magnet. She loved a good joke and liked to kid, but at the same time she just had an air about her that she was a true Southern lady. Everybody loved her.”

A number of the Black students who looked up to Poindexter founded W&L’s Student Association for Black Unity (SABU), which celebrated its 50th anniversary in 2021. Towns said Poindexter helped inspire that founding and many other efforts made by students of color in the 1970s, including urging the university to stop playing “Dixie” at campus events and removing the Confederate flag from display on campus outside the chapel. They also organized the inaugural Black Ball, one of the first black-tie events of its kind among universities in the area.

“Now that I look back, I truly believe that she did a lot of work for us behind the scenes,” Towns said. “I think she talked with President [Bob] Huntley and other administration members to explain our issues and concerns. I don’t think we could have accomplished all the things we did without her help and guidance.”

Michelle Poindexter said that on many evenings over supper, her mother recounted stories about the tribulations of minority students, whom she never identified by name out of respect for their privacy.

“In my household, my mother worked all day, but at six o’clock, you sat down at the kitchen table as a family. The only reason you didn’t was because you were in bed with a fever,” Michelle Poindexter said. “She would give us examples of the things the students were going through, and she would give them the same advice she gave us: Treat everybody with respect and hold your head up.”

In May 1975, Poindexter’s impact earned her a Ring-tum Phi Award. The May 15 edition of the newspaper announced the award:

“Mrs. Poindexter, secretary in the Office of Financial Aid, is much more than her title suggests. She has been a constant friend to all who walk through her door, offering hard-headed advice and truly human understanding. She has befriended the black students on campus and served them in a capacity which could not have been filled by anyone less than a compassionate, intelligent friend, finely attuned to the surroundings in which she works. In addition, Mrs. Poindexter, the housemother of the university, has helped all of us who have been fortunate enough to come into contact with her to better understand both ourselves and those around us.”

Many more classes of W&L students, including the women who began attending in 1985, would have benefited from Poindexter’s wise counsel. Unfortunately, shortly after arriving at work one morning in November 1983, Poindexter suffered an aneurism and was rushed to Roanoke Memorial Hospital, where she died one week later. “I can’t even describe the loss to the family,” Michelle Poindexter said.

“I had just finished my radio show at WBJC-FM in Baltimore, Maryland, when I received the call about her sudden death,” said Robert Ford ’75. “I was glad I was finished, because the news hit me like a ton of bricks. I made arrangements to attend her funeral as soon as I knew the details.”

Michelle Poindexter said the outpouring of love and the size of the crowds at her mother’s funeral were a testament to the positive effect she had on the Lexington and W&L communities. “The church was so packed, there were people standing in the aisles and upstairs in the choir loft,” she said. “It was so overwhelming and unexpected for us.”

In 1984, a group of students created the Poindexter Fund to raise money for students in need of emergency funds. The fund has since gone dormant, but those alumni now hope to honor Poindexter’s memory once again by encouraging donations. In that way, they said, the concern that Poindexter showed for them can be carried forward to today’s student body.

“Throughout their academic career, students encounter hardships that can affect them emotionally and academically,” Ford said. “During those times, they may need assistance in everything from pointing them in the right direction for help, to just being a shoulder they can lean on. Mrs. Poindexter was that person at W&L.”

A gift to the Marjorie Poindexter Endowment not only memorializes Mrs. Poindexter but strengthens a fund to help Washington and Lee University students in their time of need.

To learn more about supporting the Poindexter Endowment, please contact Jocelyn Lewis, director of leadership giving, at jlewis@wlu.edu or 540-458-8165.

You may also make your gift online by clicking here. In designation, select “Other” and write “Marjorie Poindexter Endowment” in the comments field.

Your support is greatly appreciated!