Twenty years ago this September 11, 2001, Washington and Lee music professor Terry Vosbein was in Oxford, England, where he was spending a sabbatical as a visiting fellow at University College. He got a call from a friend in Paris telling him, “Your country has just been attacked.” 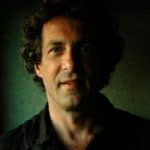 After a week of self-described “numbness,” Vosbein composed “A Prayer for Peace,” which you can listen to above. It was his response to the tragedy that had unfolded back home. He has described the composition as his personal prayer for a peaceful world, “a world where there is no place for hatred or violence… a world in which religions recognize the overwhelming similarities that far overshadow their minor differences.”