A View from the Cockpit Capt. Clay Shaner ’04 left investment banking to fly the unfriendly skies as a combat pilot. 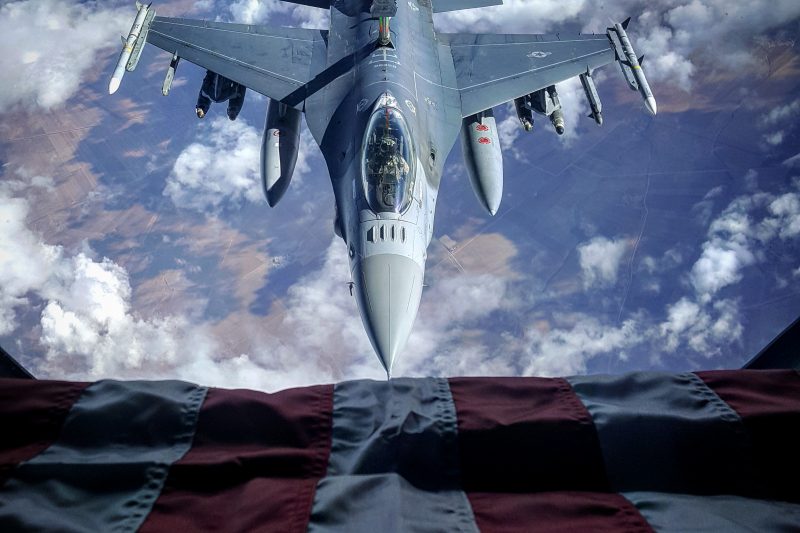 “Flying fighter jets is a visceral experience, but operating an aircraft as a weapon system is both art and science. You get to harness some of the greatest technology ever made to accomplish dynamic missions alongside some very talented people.”

While investment banking has its risks — mainly financial — Clay Shaner walked away from it to take on even greater risks as a fighter pilot for the U.S. Air Force.

Shaner, an Air Force captain, recently returned stateside from several months flying F-16s on missions over Syria and Iraq. He is currently transitioning from the Vermont Air National Guard’s 134th Fighter Squadron to begin training at Eglin Air Force Base in Florida. His new assignment is the F-35, the Air Force’s fifth generation joint strike fighter plane, which has been in design and production for the past several years.

“Flying fighter jets is a visceral experience,” said Shaner, “but operating an aircraft as a weapon system is both art and science. You get to harness some of the greatest technology ever made to accomplish dynamic missions alongside some very talented people.” He said his job is the most challenging he has ever had and will be even more so as he spends the next several years flying the new F-35 weapons system and instructing the next generation of fighter pilots.

As a business major at Washington and Lee, Shaner enjoyed the liberal arts and began a promising career in investment banking with Morgan Stanley. After nearly five years with the bank, Shaner couldn’t suppress the underlying urge to pursue his dream, even taking flying lessons prior to committing to the career change “to verify I’d love it as much as I expected. I did.” 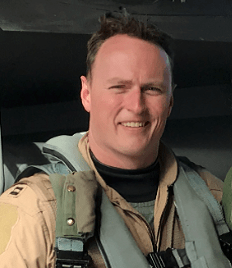 There was military service on both sides of Shaner’s family, but he is the first pilot. He joined the Air Force in 2009, and then spent three years becoming a combat-qualified fighter pilot, followed by the last five years of operational duty, including deployments to the South Pacific and Middle East.

“The F-16 was designed as a multi-role fighter, but its two primary functions on today’s global chessboard are providing precision close air support and air interdiction,” said Shaner. “That involves supporting the movement of friendly forces on the ground and destroying an enemy’s means of operation, such as communications, command and control, weapons and militants.”

Shaner has accumulated more than 900 hours flying the F-16, including several dozen combat missions, all of which involved kinetic strikes with precision air-to-ground munitions. Typical missions entailed more than eight hours in the cockpit, including multiple aerial refueling events between various dynamic tasks. His most recent deployment was in support of Operation Inherent Resolve, but he has also deployed to the South Pacific on a Theater Security Package.

Shaner volunteered for the F-35 assignment and is very enthusiastic about the opportunity. “It’s a stealth airplane. It can do several types of missions but excels in suppression of enemy air defenses.” His job will be to become an expert on the plane and help the Air Force refine its role and tactics for future deployments.

With his new assignment, Shaner will transition back to active duty after nearly five years as a Vermont guardsman. “The lines between active and reserve are more blurred now — a reflection of the USAF Total Force initiative,” said Shaner. He plans to remain on active duty for the next five years, and then might return to reserve status to allow more time with his wife, Lee ’02, and son, Steele, 1.

Shaner looks back with fondness at his time at W&L. In the Commerce School, he remembers Scott Hoover, the A. Stevens Miles Professor of Banking and Finance, who was “selfless with his time and passionate about explaining concepts. He generously mentored students and helped open job opportunities for many people, including me,” said Shaner.

His class with history professor Barry Machado taught him about the Vietnam War. He admired Machado’s overall subject knowledge and the demanding way he ran his classes — “forcing you to think and openly discuss difficult issues.”

A varsity lacrosse player, Shaner came to W&L from Maryland, near Washington, D.C, and chose the university for its strong academic reputation. On a campus visit, while still undecided, he said, “It quickly felt like home after a few interactions with random students on the hill.” He enjoyed his many friendships and the academic freedom of W&L.

Shaner hasn’t regretted his decision to leave the world of investment banking to pursue military service. “The U.S. Air Force is an amazing organization – just as impressive as Morgan Stanley,” he said. “I’ve worked with incredible people from a broad cross section of our great country, and I wouldn’t change a thing.”