Art on the Walls In his new book, Professor George Bent explores the cultural messages of Italian paintings from the Proto-Renaissance period. 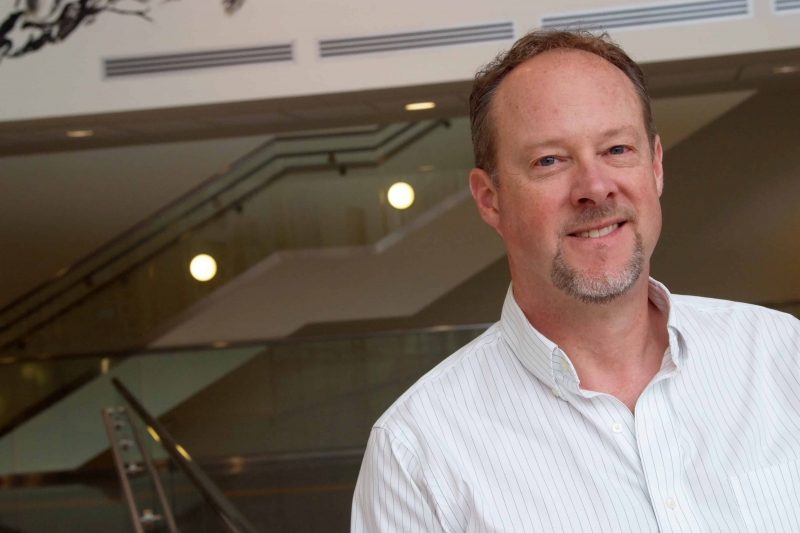 George Bent, the Sidney Gause Childress Professor in the Arts

Q: Ciao bello. You entered Oberlin intending to major in history. What happened?

Halfway through my college career, I got a phone call from my parents. My mother is a musician and my father was a captain of industry, and they said, “We notice that you have been taking a steady diet of history and politics and economics. But if you don’t take a class in art or music, we’re going to pull you out of college.” I thought to myself, “I guess they’re pretty serious about this liberal arts stuff.”

So, I looked at the course catalogue, and the only class that really appealed to me was taught by a famously good lecturer, William Hood — he’s a very close friend and a mentor to me to this day. It was Northern Renaissance Art. With that one class, my world changed. I realized that these images are portals into the past. I could actually see the people I was reading about, which helped me understand the things they were concerned about. Up to then, I’d just been imagining what the past looked like, but now I had something tangible to go on. It was transformative and a perfect match with my love of history.

Q: Your last book is a perfect example of art illuminating history. Where did the idea for “Public Painting and Visual Culture in Early Republican Florence” originate?

I was finishing up a project on monastic art at the end of the early 14th century, focusing on the work of Lorenzo Monaco and paintings for monks in specific Florentine institution. I was in Italy one summer looking at a painting of “The Coronation of the Virgin Mary” by a painter named Jacopo di Cione. At first blush, it looks absolutely typical of the period. But I began to realize it was different. That all of these figures at its base were squashed into same panel instead of spread out over three panels, as would have been typical for an altarpiece. That was interesting. Then, instead of being gold, this lower part of the panel was painted using gilt silver, which is exceptionally rare for the period. It’s really stupid to put silver in a painting, because, as you know, it will tarnish and ultimately ruin an image.

So I began to wonder, “Why silver? What’s the message?” The more I dug into this picture, the more I realized this wasn’t created for a church. It was for a government office, the city mint. At the time, Florence had a dual currency — gold florins for big-ticket items and silver coins for daily purchases. The painting of the “Coronation” was produced in 1373 at a moment of crisis in Florence, when the Florentine silver currency was being devalued and the government was worried about a possible depression. It’s essentially a plug for Florentine silver.

I began to realize that there were all these other paintings in Florence that have nothing to do with altars, which is what you usually think of when you think of early Renaissance paintings. There were pictures on street corners, in guildhalls, offices, confraternities, nave walls. I started to think about what regular people were seeing as they walked down the streets. Not the priests at the altar, not the aristocrats in their private chapels, but people like you and me. I got really excited about the messages behind these images for common people.

Q: What were the paintings telling you?

Florence is a pretty small city, only two miles by two miles, but it’s jam-packed with art. So literally, on almost every street corner, there were images that people encountered every day. They were also placed in very specific settings for very specific reasons. Street-corner Madonnas were present not just to be seen, but to also see you. And if she can see you, you’d better be on your best behavior.

Part of the theory behind the art of this period is that paintings work on people, they can influence your behavior. In an age before either streetlights or public-funded police departments, you really needed your city to be safe at night. So officials would mount tabernacles on the street corner and light a torch underneath them so that at those intersections, the Virgin Mary was looking down on you, making sure that you were behaving. Pickpockets and prostitution were two issues the government worried about most, but they weren’t the only ones. Almost literally every single street corner you can imagine in Florence would have some kind of image looking down on you to maintain a little law and order in the city.

To this day, some of these images still exist in street tabernacles. There’s also a modern-day equivalent — every time you see a sign that says “this area is under video surveillance” you’re being asked to react the same way people did to street Madonnas in the 14th century. You don’t necessarily know where the camera is or if it even works — but that’s not the point. It works because the mere thought or fear that someone might be watching you influences your behavior and compels you to stop yourself from performing some crime. It’s embedded into our culture and has been for a long time.

Q: How much of your research makes its way into your classes?

When it works well, the teacher-scholar model is spectacular because your research informs your teaching, but then your teaching can inform your scholarship. I’ve been fortunate here at W&L in that regard. I’ve had students who have not just forced me to think more deeply about a topic, but who’ve actually helped me come up with some solutions to some pretty vexing problems.

Frequently, I’ll set up a seminar that touches on my next project, the topic that I want to explore. Students can get in on a new area of research at the ground floor, and that’s pretty exciting. The trade-off is that this requires us to consider themes and subjects that have not been examined in depth in English, so they have to dig deeply to find information and interpretations that will be useful for us. But that’s never really deterred anyone in class. These students are so thoughtful, so smart and so creative that they do more than just add to conversations: they help me move in the scholarly directions that I want and need to go. It happened just this past semester; repeatedly, in fact.

Q: What are your summer research students working on?

I’m working on a digital humanities project — thank you Mellon Foundation! — that just got underway and is going to be a longstanding project. I will employ students 12 months a year as we begin to reconstruct the city of Florence the way it looked in 1492. We will be stitching in the images that were originally on the walls of buildings, attach documents to them, add music, and hopefully create a virtual-reality experience. I’ve got what I consider a dream team of students. Two are going to Florence this summer. If you’ve got a little bit of Italian, maybe some German or Latin, if you take a DH class and my course on Italian Renaissance art, there’s your ticket to being on my team. That’s one of the conceptual things that I love about this place: at other institutions, cuts are being made to the arts. At W&L, we’re adding money to the arts. We’re requiring students to take the arts because we recognize their importance in forming a liberally educated person.

Q: As well as introducing students to your favorite subject, what do you want them to walk away knowing?

I take great pride in emphasizing the importance of writing well. Not just writing correctly, but writing well. There’s a difference. My students write a draft that I review and that undergoes a peer review. In seminar, I ask students to do short- and long-writing assignments. They also present material, so they’ve got to be able to articulate their ideas verbally, which I think is very important for them to succeed in the work world.

I also want students to envision the world as an interconnected matrix. I really believe that you can’t really understand a culture, broadly speaking, or a complicated problem, more specifically, unless you’re looking at it from multiple perspectives. Context is all-important. I teach in a multidisciplinary way, whether it be a straight art history class or my Medieval and Renaissance Studies course. I’m always trying to get people to see that there’s a lot going on at the same time, and it’s all interrelated.

Q: I understand you performed in “Spamalot,” the 2015 Bentley Musical.

I did a lot of theater in high school and some in college, but I dropped it because I was busy doing other things. Ever since 2007, I’ve tried to do something every year, whether it be Dancing with Professors (a fundraiser) or a play. It’s really fun, but as well as being time-consuming, I found that trying to sing, dance, remember my lines and act all at the same time is pretty stressful. Oh, and it gets a lot harder to do both physically and mentally as the years march by, so I might be at the end of my theatrical career. Plus, I’m not sure students really need to see their professors in tights.